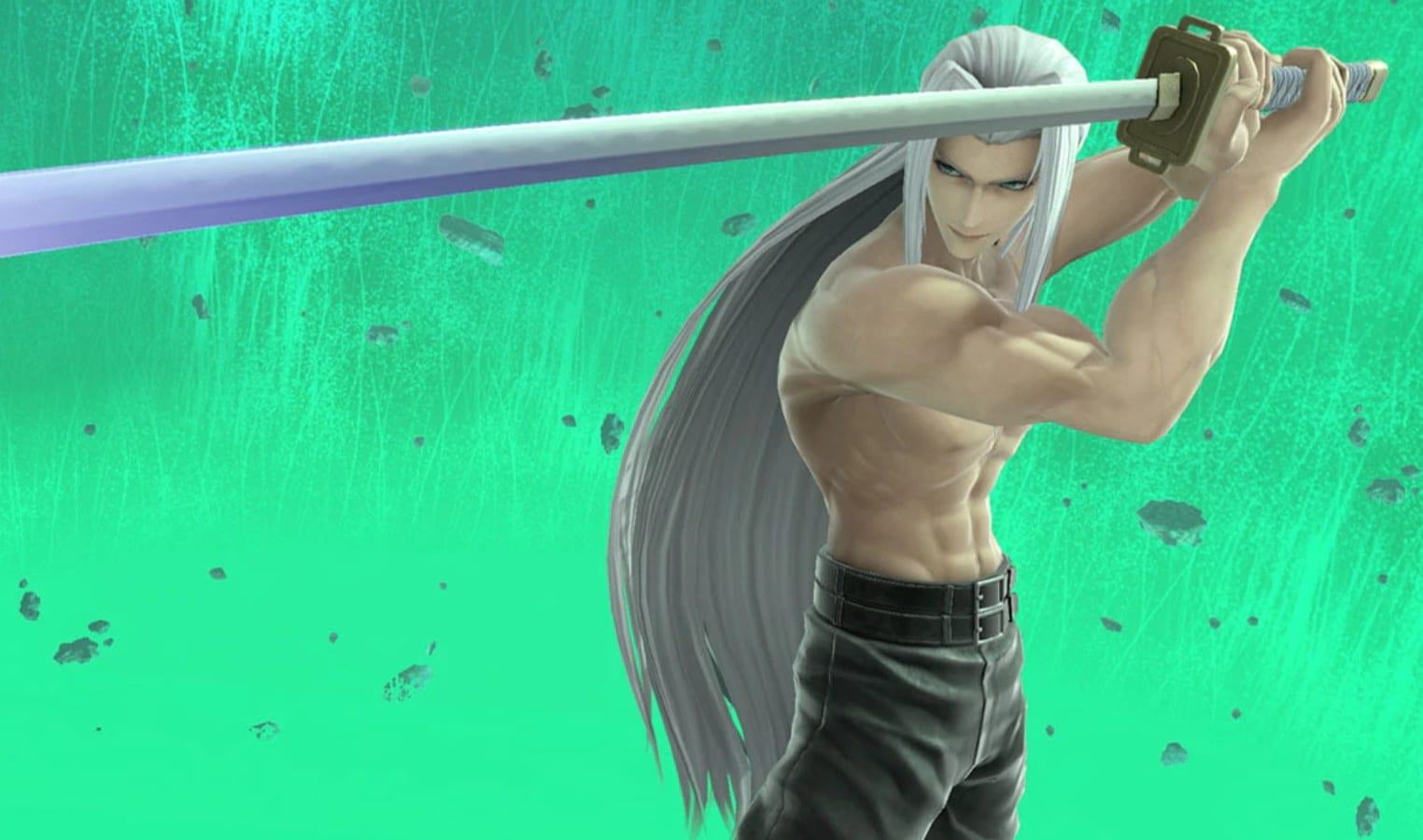 During The Game Awards last night, Nintendo unexpectedly announced that Sephiroth would be joining the already-massive roster of fighting characters in Super Smash Bros. Ultimate. The dude even killed Mario! Well, he almost killed Mario.

Once the sinister villain from Final Fantasy VII was revealed, Nintendo immediately updated its official site for the game with some new images of the upcoming fighter.

You can check out the gallery of images below, but there’s really only one image that truly matters, and that is the picture of one of Sephiroth’s alt costumes, in which he is totally shirtless. I sure know what costume I’ll be using once he drops in the game later this month; is there really any other option?

If you would like to learn more about the shirtless fighter with the long sword, Masahiro Sakurai, the creative director of Smash Bros., will be hosting a special presentation on Dec. 17 at 2 PM PT, during which he will reveal the actual release date for Sephiroth.