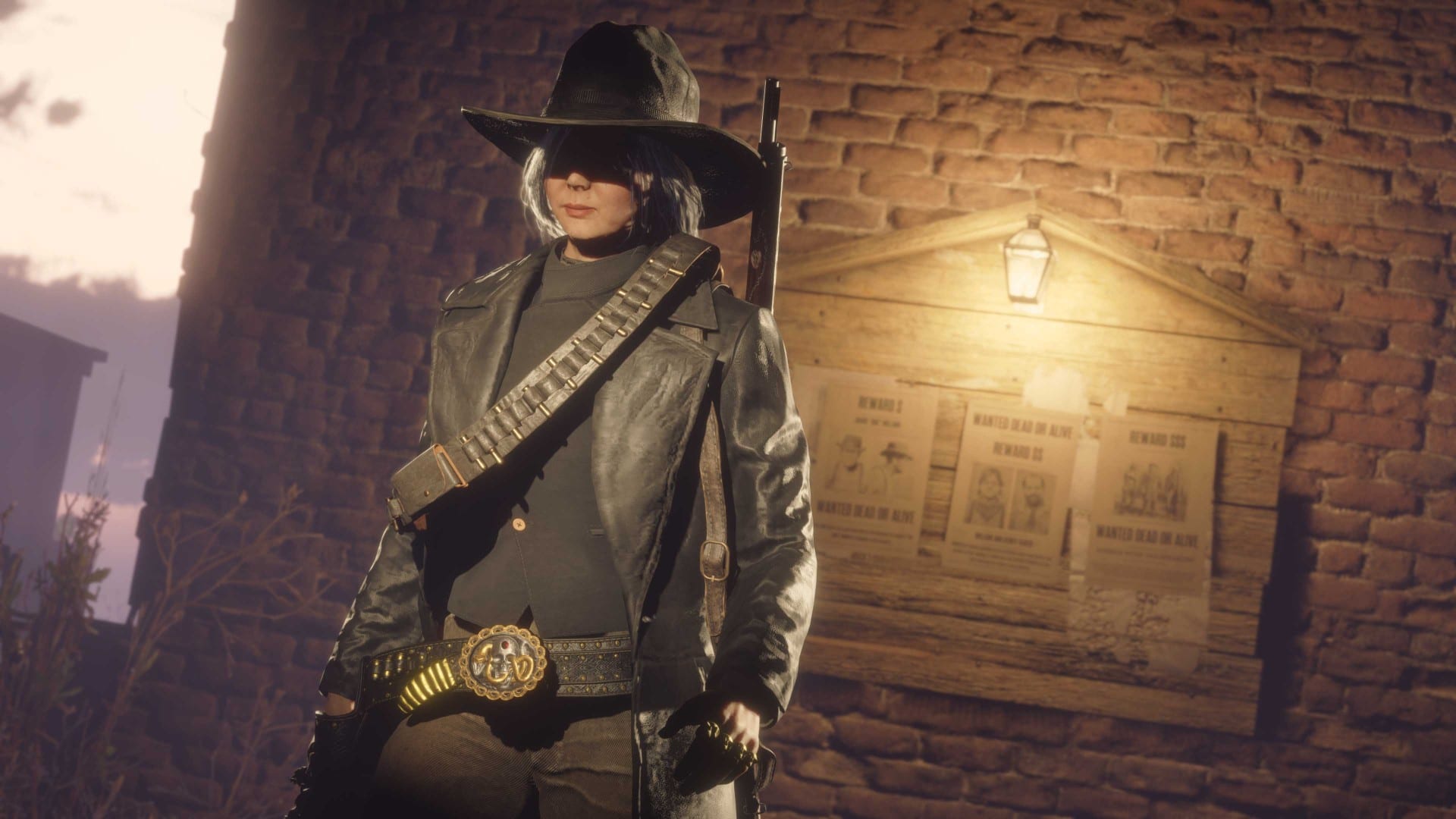 Muñeca is Spanish for doll, but based on her description and occupation, I don’t think that’s meant to be a cutesy compliment, and instead is more in line with the speech from Jaws.

Recently installed as head of the notorious Del Lobos gang, Carmela “La Muñeca” Montez and her posse have claimed responsibility for a recent string of bloody highway robberies that have brought local law enforcement to heel. La Muñeca is as cold as her nickname suggests – her eyes dead and unloving, her facial expression a blank mask. She’s moved the gang up into West Elizabeth, where they’ve taken over Hanging Dog Ranch with the aid of a devastating war wagon.

Red Dead Online players that are in possession of a Prestigious Bounty Hunter License will be able to start the new legendary bounty at a Sheriff’s Office. After completing the mission and after a brief period of time has passed, players can then replay the bounty mission at a higher difficulty.

To sweeten the pot for those that are giving the recently added new content for bounty hunters a try, for a limited time all bounties are paying 50% extra and all horses are 30% off bounty hunters.

While Naturalists and Hunters can visit Gus’ Store between Dec. 8 and Dec. 21 for a bonus package as well including: 5 Special Health Cures, 200 Express Rifle Ammo rounds and 10 pieces of Big Game Meat.

Rockstar recently launched a standalone purchase option for Red Dead Online instead of being tied to the full game of Red Dead Redemption 2 as it was previously. Players can currently buy Red Dead Online for $4.99 until Feb. 15. After that date, the price will increase to $19.99.

Also, if you’re still holiday shopping and want to pick up some sweet swag for a big fan of Red Dead Redemption (or GTA), check out our recent holiday gift guide.