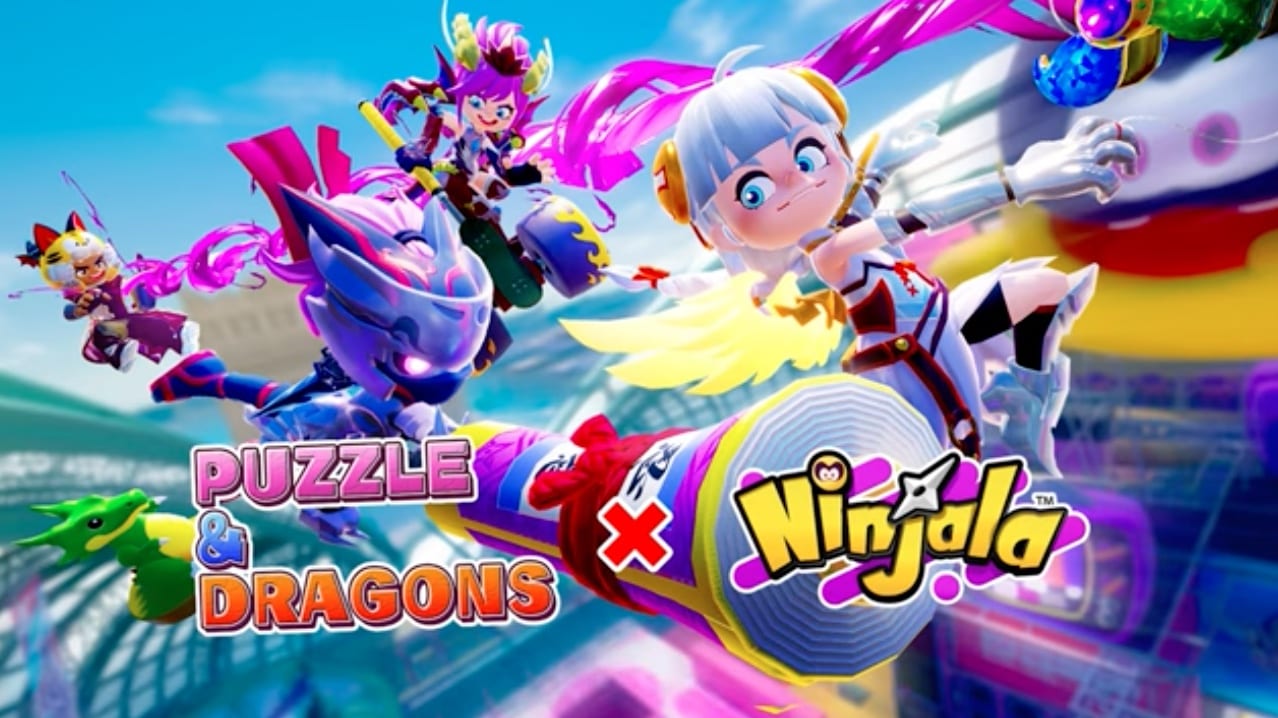 The developers of Ninjala have released a new dev diary video that showcases some new upcoming content for the online action battle game on Switch.

First off, GungHo Online CEO Kazuki Morishita and director Motoki Kaneda revealed the next collaboration for the game, which happens to be Puzzle & Dragons, a popular match-three puzzle series that’s also published by GungHo.

The collab will bring in new costumes based on popular characters from the puzzle series such as Sonia, Valkyrie, and Hattori Hanzo. These items will also come with BGM tracks from the series. Fans can also look forward to a Toragon-themed mask and a REMDra Gum Utsusemi. And during the event, players can earn Puzzle and Dragons Ippon decorations for competing in matches.

The collab event will kick off on Dec. 7 and will run until Jan. 6, 2021. It’s also revealed that Puzzle & Dragons Gold on the Nintendo Switch eShop will be discounted, starting on Dec. 10 until Dec. 27, to celebrate the occasion.

Now, regarding the upcoming season 4 content, that will begin on Jan. 7 and will come to an end on Mar. 24, 2021, and there will be a new stage, new gum weapons, new shinobi cards, and a new system update.

The new stage is called Fort Riverdale and is themed after London, taking place during the evening time. Two new Katana-type weapons will be added, which are called the Scrap Saber and the Chewing V.

As for the new specials and Ninjutsu, there’s one called Shinobi Disco that creates a field around your player character that forces nearby players to dance, which can make them susceptible to attack.

And the new system update will add several improvements to the game, such as speedier transitions from matching to the start of a battle and expanded communication menus.

You can watch the entire dev diary for Ninjala down below:

For more on Ninjala, you can check out our exclusive interview with GungHO CEO and president, Kazuki Morishita, in which we discussed where the concept of Ninjala came from, the lore of the world, and much more.

You can also read our scored review of Ninjala right here.