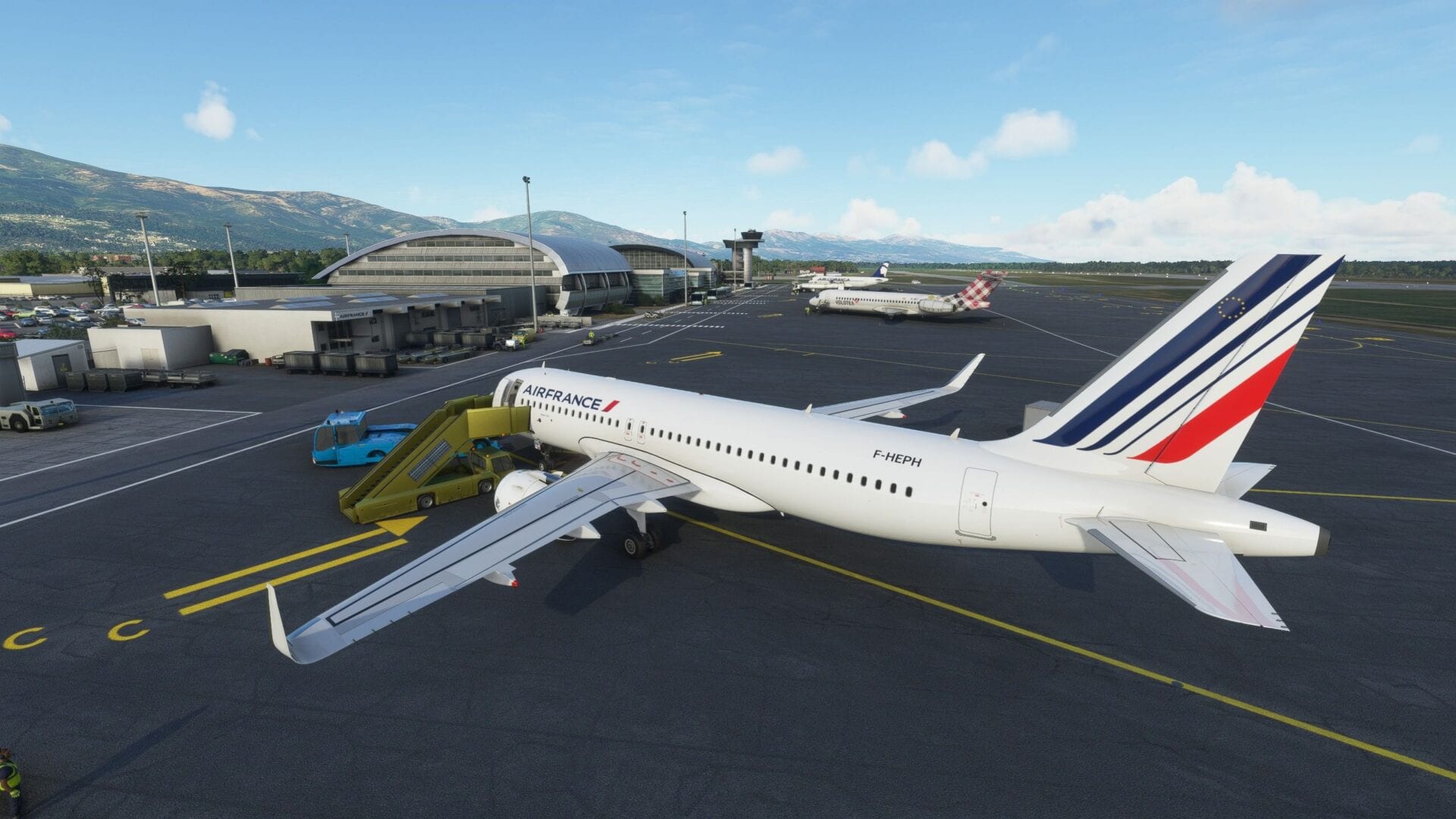 Bastia-Poretta is an airport in Corsica that sees a lot of seasonal traffic from a whole bunch of airlines, and regular links with Paris, Lyon, Marseille, and Nice.

You can check it out in the images below, alongside an official feature list.

“Located on the idyllic Mediterranean island of Corsica, Bastia airport is nestled between the mountains and the sea which makes for some challenging flying conditions. As a popular holiday destination, the airport sees a mix of airline, corporate, GA traffic and helicopters and acts as a base for coastguard and firefighting aircraft. One thing is for sure though, spectacular views are guaranteed!

The scenery encompasses both the airport in complete detail, as well the surrounding area. Particular attention has also been given to the landside part of the airport where the car parking, car rental, farms and industrial area has been recreated with a high level of detail. The airport development has been based on the latest reference material and includes the brand new expansion of the terminal. The unique architectural design of the tower and terminal has been expertly captured by Matteo using extensive onsite on-site photography.

Using the latest Microsoft Flight Simulator SDK, all textures come with PBR as standard and high resolution artwork has been used throughout. All new ground service equipment and static aircraft types have been added. Careful attention has been given to the apron markings, sloping runway and detailed vegetation placement to ensure a “realistic as possible” depiction of the airport. Innovative night lighting techniques have been used along with custom wig-wag and dynamic taxiway lighting – all of these complement the comprehensive mix of apron, terminal and runway effects.”

Earlier this week, we learned that over two million players have installed Microsoft Flight Simulator so far on their PCs, and a new update has been released.