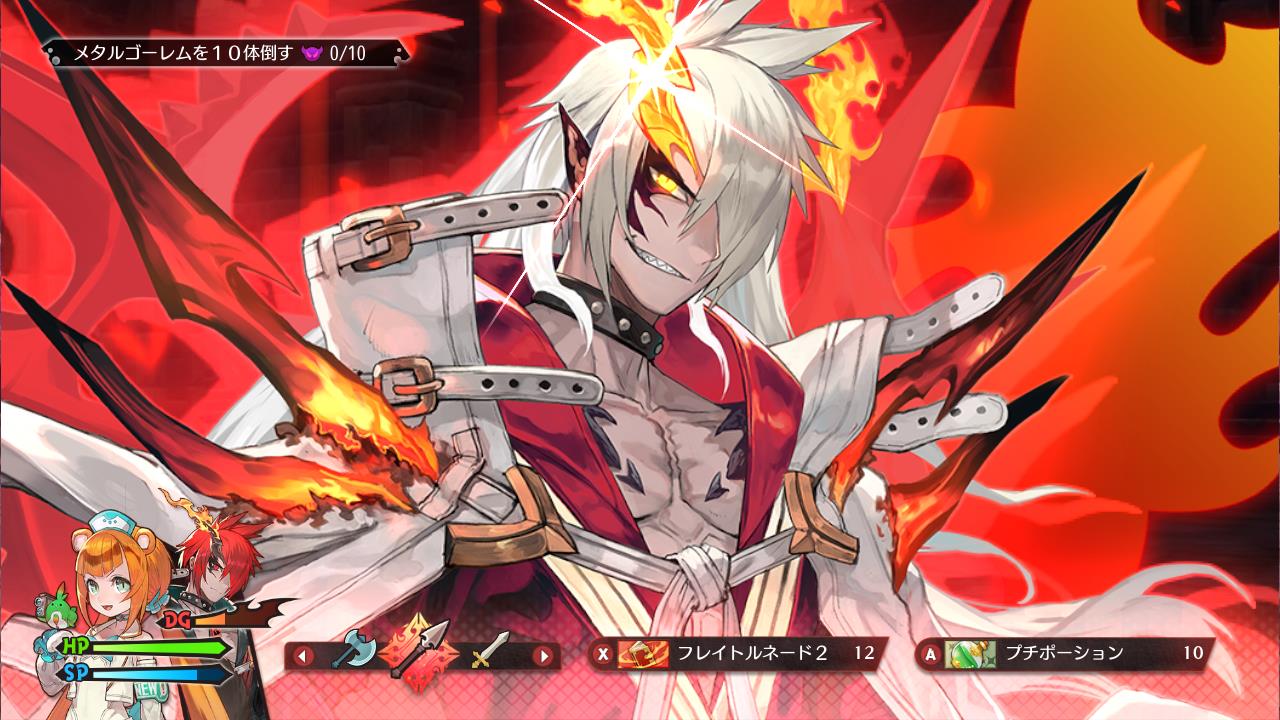 We learn that when the demon lord (the protagonist of the game, who can be male or female) discovers that they can regain their power by defeating demons, they also find themselves with an issue.

They cannot fight in their current state, and their allies are either weak or inadequate. The only way is to turn into a weapon and let strong people wield them.

Among those are the hero siblings Daris and Sharm, the mechanical doll Mauve, the “Assault Adventure Beastgirl” Juliet, the saint Aklao,

We also learn about the DG gauge, which fills during battles. Once it’s full, the demon lord can temporarily regain their powers and rampage on the battlefield for a while.

Lastly, we take a look at the “Deco” feature, which lets you customize the look of a weapon, also adding attributes and special effects.

A western launch has not been announced just yet. Hopefully, we’ll hear more about it from D3 publisher soon.