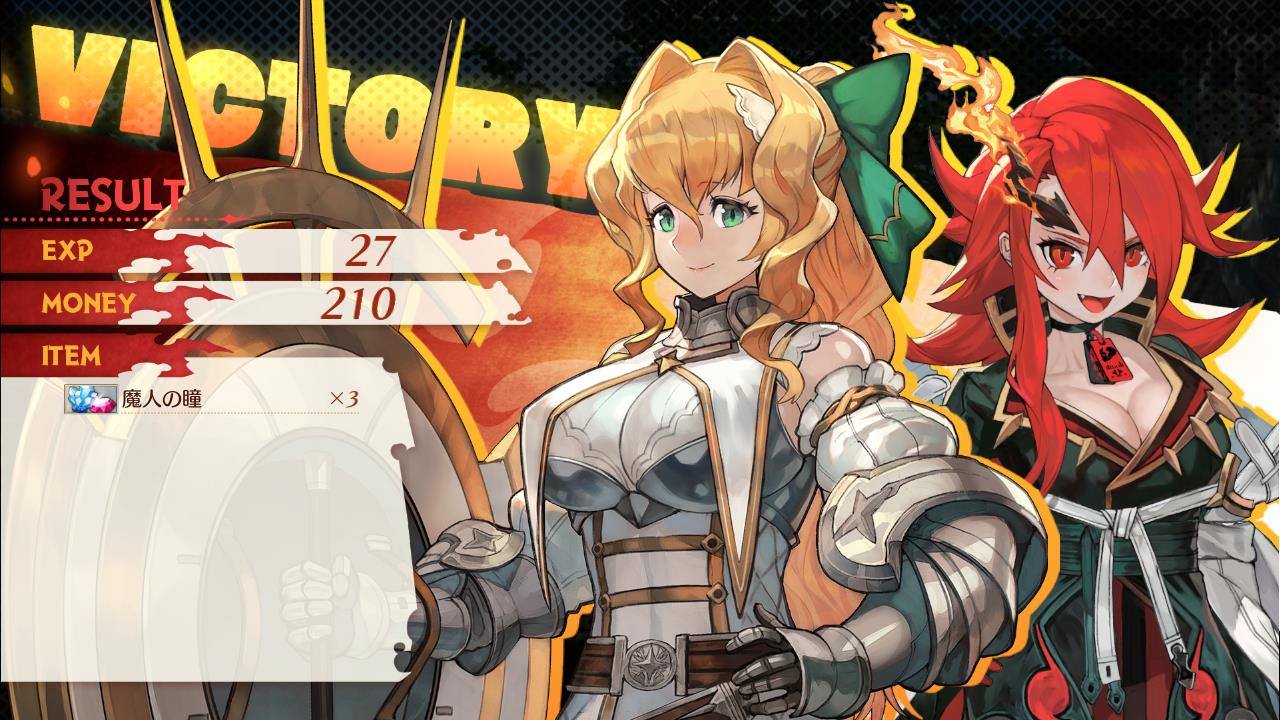 We heard about the mysterious process called “Concat” which the Demon King (the male or female protagonist of the story) learns about from a strange man who defines himself “Concat Master G.G.”

The newcomer tells the Demon King that the feeling of emptiness that caused the loss of their powers is caused by soul hunger. This can be cured simply by love, by finding a soulmate.

After that, you can access the Concat Dojo, where you can check your relationships.

In order to improve said relationships you can fight together with one of the other characters, choose the right options when talking to them, and give them their favorite food.

As your bond grows, you can use the mysterious powers of the Concat master to go on dates to places like hot springs, bowling alleys, and more.

On top of Concat Master G.G. we meet other characters, the mechanical doll Mauve, the “Assault Adventure Beastgirl” Juliet, the saint Aklao, and the Demon King’s first new friend, Lilika.

You can check out all the new screenshots below.

If you want to see more about Maglam Lord, you can also check out the first screenshots, the first trailer, and the first gameplay.

Maglam Lord will release this winter in Japan. A western launch has not been announced yet.