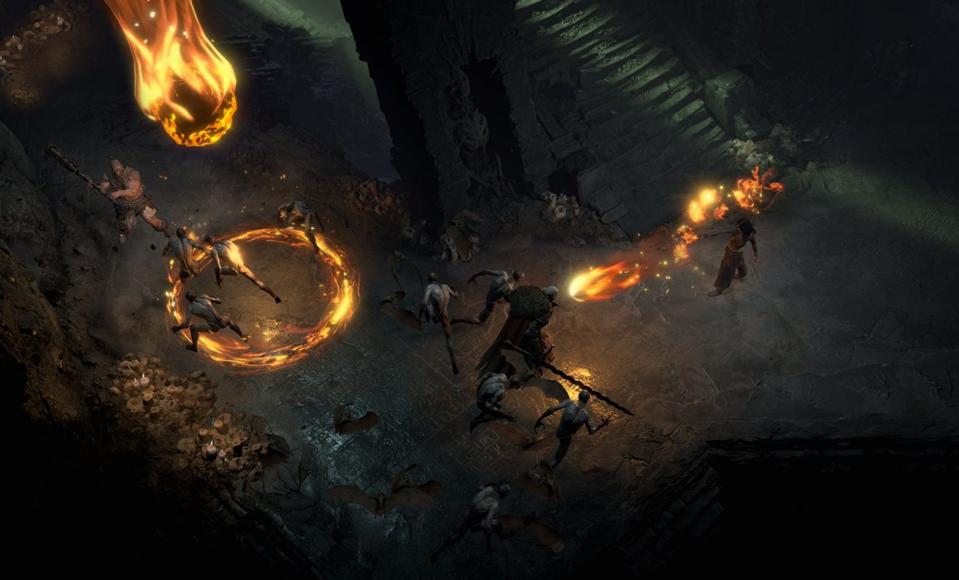 Blizzard continues to truck along with development on Diablo 4 and has once again come back with a quarterly update that shares how the work has been going and what they are currently mulling on. This month, the team wanted to discuss their latest thoughts on respeccing, stats, weapon types, and how item rarity will work in Diablo 4 and what changes players should expect.

The post, written by lead game designer of Diablo 4 Joe Shely, first builds on something they spoke about last time: skill trees. While this update isn’t about skill trees again, they did want to share a development on respeccing.

While they do not want to remove the ability to respec in Diablo 4, they don’t want to make it so easy that you can so quickly undo everything you’ve decided on to copy someone else out there. As a result, Diablo 4 will have respeccing but it will have a cost associated with it that will match the effort put into the original effort to build it up to where it is currently.

In other words, a character that is still leveling up will be able to more easily respec than one that has their tree complete.

Primary stats will be somewhat similar to previous games but with a more nuanced approach as compared to Diablo 3. Players, as they level up, will gain skill points to spend in their primary stats.

Primary stats will work differently for each class. Here’s the example that Shely gave compared Barbarian to the Sorceress.

So again, while Diablo 3 did feature primary stats, on paper this seems like a more interesting way to consider all primary stats for each character rather than them just being a very obvious pick such as stacking all Strength as a Barbarian.

You’ll also be able to unlock upgrades for skill nodes that you select by meeting certain stat thresholds that you can see below. A Whirlwind Barbarian may want to consider a healthy dose of Dexterity into their build as compared to other Barbarians that don’t Whirlwind.

The dev team is working on making weapons feel more distinct not only in appearance in-game but also from a gameplay perspective in Diablo 4.

Essentially the dev teams seems to want weapons to really stand out from each other. As Shely says, they want wands to be faster than quarterstaves and swords and maces to do different things.

Here is where Shely spends a lot of time in this quarterly updates, breaking down their thought process on how item rarity will work.

While they want to keep the general progression of magic items being trumped by rares which are then trumped by legendary weapons, they don’t want to also make it so that when you’re higher level everything that’s not legendary effectively gets thrown right in the trash (as it is for the most part in Diablo 3).

What they are doing to try and build on that system is to give Magic and Rare items something unique to them to help them stand out and potentially find a place in even a high level build.

Magic items will have only one affix (AKA bonus stat line such as Immobilization Chance) compared to five for Rares and four + one (the Legendary affix) for Legendary items.

However, Magic items have the potential to have the highest possible roll on their particular affix, even higher than Rare and Legendary items. Meaning you could get an Magic item drop that really helps a particular affix that is dominant in your current build, making it more useful than something Rare or Legendary that may not have great stats in the Affix you’re looking for.

Rares can offer more flexibility with all five slots rolling something random, with the potential for sockets, while Legendaries only have the four, but that fifth Legendary Affix is generally something more pronounced and potentially powerful depending on your build.

According to Shely, legendary affixes in Diablo 4 will: “work just like regular affixes, in that they can roll randomly on different items and in different slots. Many can be used by any class, while some are specific to a particular class.”

Unique Items, on the other hand, will have fixed Affixes but will be powerful and can contain useful bonuses to class-specific powers.

Mythics, for now, are not being considered for Diablo 4. The reason is that they don’t want to create a class of items that are far and away better than all the rest.

The devs appear to be trying to create and environment where every drop has a chance to be something exciting and useful to you. Mythics don’t play nice with this ideal, since once you have a Mythic in one of your slots it would likely only get dethroned by an even better Mythic. However, the language used in the dev post didn’t appear to completely rule them out forever, but for now it’s not in the cards. Saying:

We still like the idea of Mythic items, but we don’t want to create an item quality that invalidates all others, so they’re out for now. One of the things we loved most about them was the promise of getting random legendary powers on an item, so we folded that into our baseline legendary design.

That’s our cliff notes, of this lengthy Diablo 4 quarterly update, but definitely give the whole post a read here to see Shely’s full thoughts in context along with animations of some of the new skills and weapons.