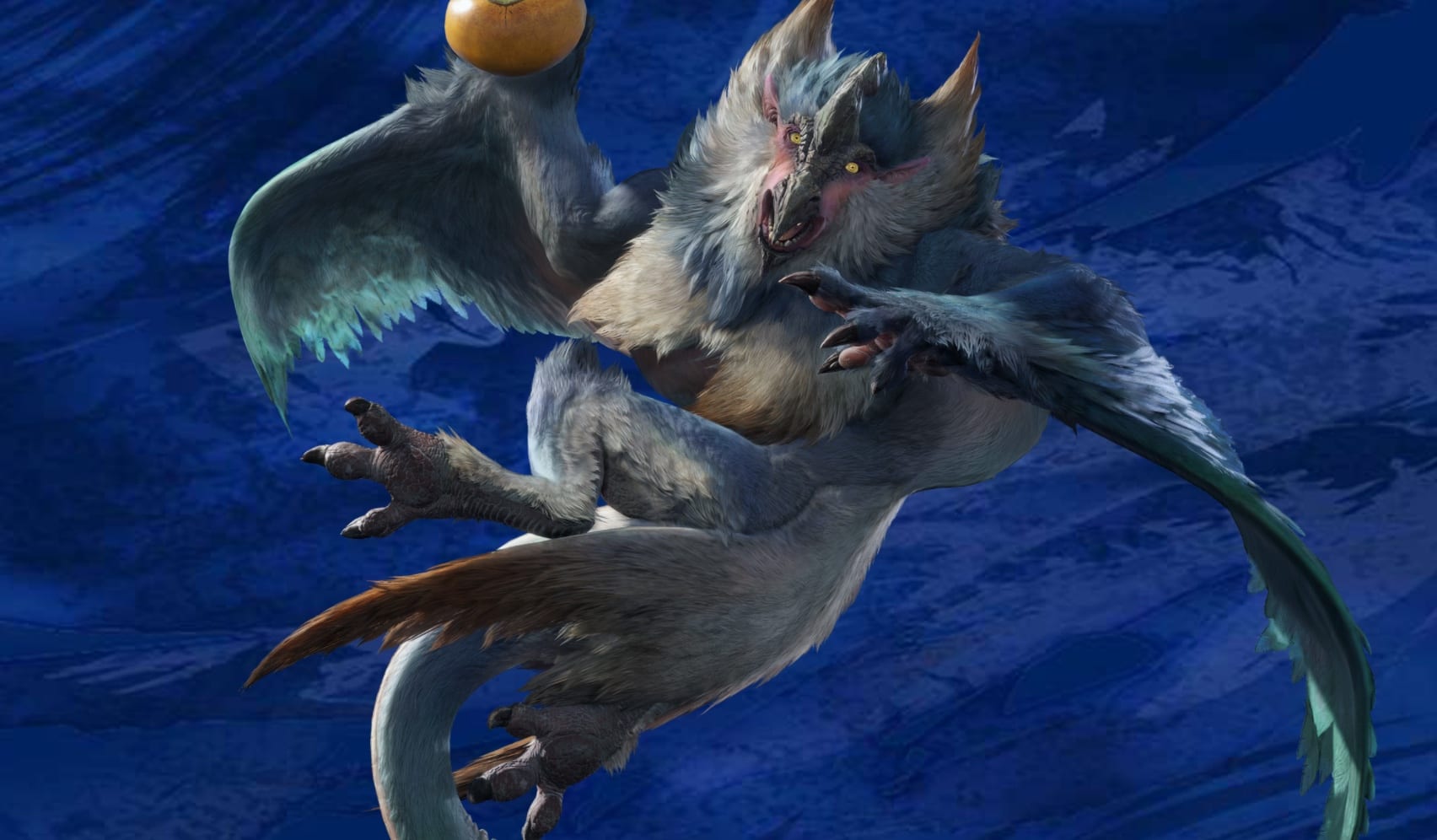 It features similar action-RPG gameplay that MH fans will feel familiar with but thanks to the new Wirebug mechanic, players will be able to pull themselves toward objects for fast traversal and it can even be used to pull off combos during monster encounters.

Rise will also have brand-new monsters added to the game as well as many fan-favorites from past titles. Here are the monsters confirmed so far for Monster Hunter Rise.

The Somnacanth is a brand-new monster for the series and resembles a sot of creepy mermaid monster. It can shoot out sleep powder from a gross organ on its neck, so hunters need to be prepared, or else they’ll find themselves taking a forced nap, which can be annoying.

This beast doesn’t like when folks trespass its territory, so once you spot it, get ready for it to be very aggressive.

Bishaten seems to be a hybrid mix of a monkey, a bird, a bat, or something. It can hang off of high places like trees and toss fruit at hunters, causing them to take damage and lose their footing.

That long tail of this beast will surely cause hunters some trouble, so getting that cut off should be prioritized during quests.

The Great Wroggi is back baby, and this dinosaur/snake creature can expel poison from that sac around its head. But this monster is just a different kind of Great Jaggi, so it shouldn’t pose too much of a problem during hunts. It’s definitely one of those beginner monsters that can be taken down easily by yourself.

Royal Ludroth makes a return to the series and it brings along its spongy outer layer and its signature water-based attacks. Ludroth is typically a starter monster that helps you get to grip with the game’s mechanics and controls, and it’s very adorable when it rolls around on the ground.

Just be careful because once a Royal Ludroth gets wet, it can use the liquid to recover, so don’t let it get close to lakes or other bodies of water.

Magnamalo is the flagship beast for Monster Hunter Rise that is a very terrifying Fanged Wyvern that “hunts its prey with relentless malice.” And judging from the purple energy emanating from the monster in the reveal trailer, it seems that this might be a Dragon-type Wyvern.

Capcom didn’t want to share too many details on the monster just yet but you can expect to see more of this bad boy during the gameplay presentation at Tokyo Game Show 2020 later this month.

Aknosom is a big ol’ Bird Wyvern that can shoot fireballs out of its mouth right towards your hunter. It can also change the shape of its crest to attack hunters and adapt to the current combat situation.

If it gets a good hit on you, it can potentially knock you straight across the map, which won’t be fun at all if you’re in the middle of a sick combo or something.

And according to the official Monster Hunter Rise site, it’s “fiercely territorial, and whenever it finds intruders, it spreads its wings and unfolds the eye-like crest on its head to terrifying effect.”

Next up is the Great Izuchi, which is a Bird Wyvern that usually travels around the map with three smaller Izuchi creatures. In the reveal trailer, we can even see a synchronized attack from several of them that just looks extremely irritating.

Since Monster Hunter Rise will have four-player online play, having friends with you during this fight to distract the smaller enemies will probably be recommended.

Its scythe-like tail will surely cause heavy damage if you’re not too careful so chopping that sucker off with sharp weapons will definitely give players the upper hand against this Wyvern.

And the last monster that was shown during the presentation was this amphibious alligator/frog/dragon creation named Tetranadon. It’ll eat everything in sight, including gravel, to grow bigger, unleasing an attack on hunters.

Even though it’s slower while its belly is full, its attacks are much more powerful and can really knock down that health bar of yours. It can also jump super high into the air and basically perform a ground pound, so that’s something to be on the lookout for if you don’t want to turn into a pancake.

Arzuros is one of the many returning monsters that will be coming to Monster Hunter Rise, first introduced in Monster Hunter Portable 3rd. The monster resembles some type of bear mixed with a scaly dragon and is a Water-element type and it’s susceptible to Fire, Ice, and Thunder.

It’s known to use its powerful claws to attack hunters and it’s very good at moving quickly around the map, so heavy weapon users might have trouble bringing it down fast.

And those are all of the monsters confirmed for Monster Hunter Rise, so far. Once more monsters are unveiled, we’ll be sure to update this list accordingly.