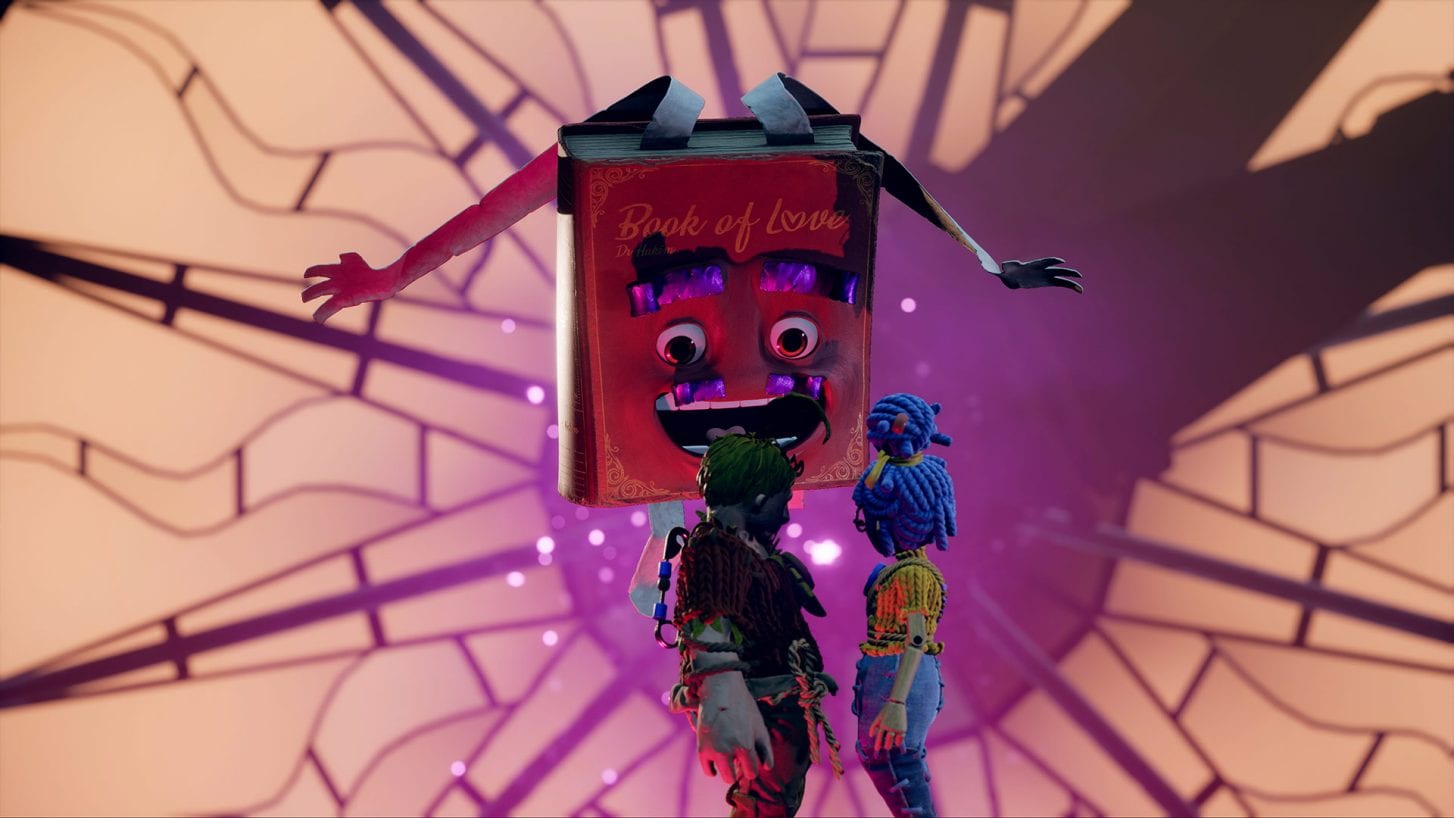 Tonight at The Game Awards, the quirky online co-op platformer called It Takes Two received a trailer and release date.

By using Friend’s Pass, you’ll be able to invite another player to join you in this platforming adventure. You can also choose to play split-screen co-op locally.

You and your friend will play as a couple named Cody and May, who are humans turned into dolls. There’s a love guru named Dr. Hakim involved who challenges the couple with a variety of gameplay.

In It Takes Two, you’ll help Cody and May overcome their differences and grow stronger as a couple while facing challenges, meeting endearing characters, and experiencing an interactive story.

Play as the clashing couple Cody and May, two humans turned into dolls by a magic spell. Trapped in a fantastical world, they’re reluctantly challenged with saving their fractured relationship by the suave love guru Dr. Hakim. A huge variety of gleefully disruptive gameplay challenges stand between them and their return to normal. From rampaging vacuum cleaners to suave love gurus – with It Takes Two, you never know what you’re up against next.

The game comes from studio Hazelight, which brought us A Way Out, another co-op adventure that sold over 2 million copies.

You can preorder the game on EA’s website here and watch the official trailer below.

Check back with Twinfinite for more Game Awards coverage through the evening.