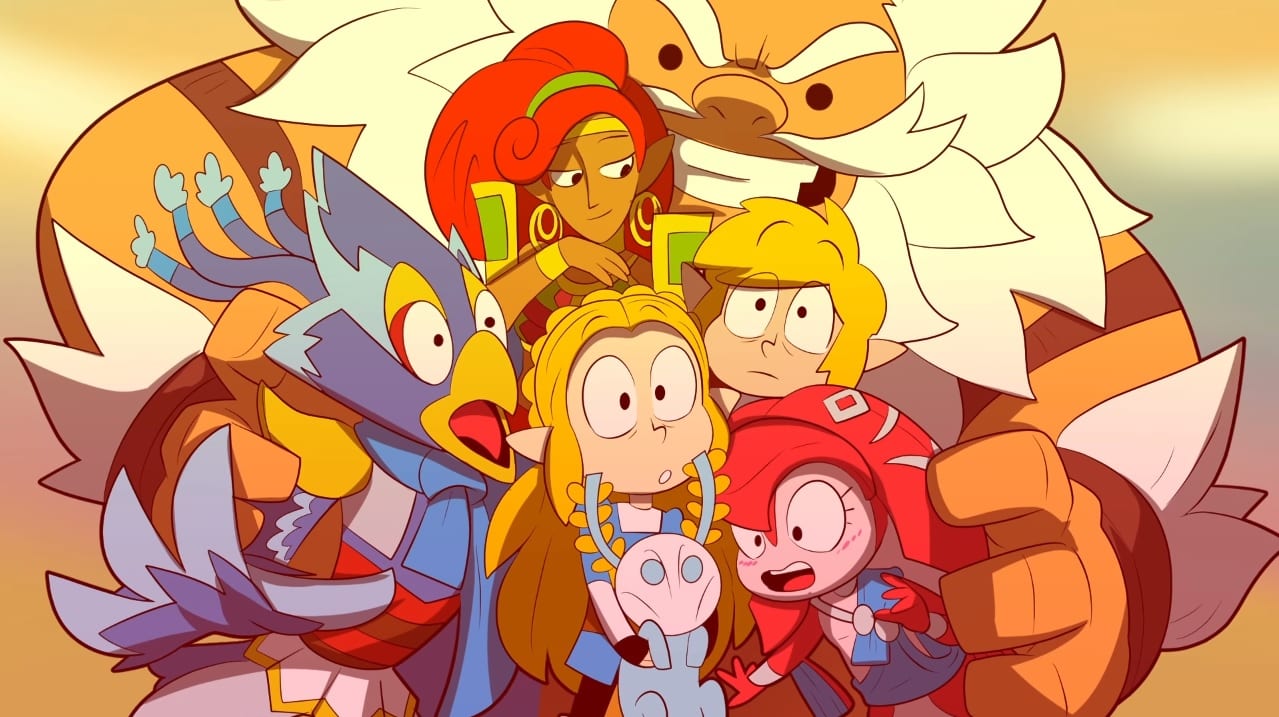 If you’ve ever wanted to watch an animated series based on Breath of the Wild, this fan-made video will make you wish it really existed. This animation called “Zilda” is inspired by Hilda, a Netflix show about a blue-haired girl who befriends monsters.

Mashed posted the fan-made project to YouTube, where it quickly passed 100,000 views. The video mimics the opening to Hilda with a similar quirky art style and upbeat music.

The imaginary show follows Princess Zelda and her pet Blupee, which cleverly mirrors Hilda and her pet deerfox. We see Zelda and the other champions and their antics around Hyrule, with familiar creatures like Koroks, Hinox, and Cuccos.

There are also appearances from other characters such as Impa, Purah, King Rhoam, and even characters who aren’t from Breath of the Wild, such as Midna and the Picori from The Minish Cap.

We totally wish that this cartoon was a real show that you could watch on Netflix. It would probably be a bit better than the actual Zelda cartoon that aired in 1989… Excuse me, princess, but I don’t make the rules here.

You can watch the full Zilda animation below. It also includes a preview of one of Mashed’s other projects from four years ago: a fan-made Zelda cartoon We Link Links, based on the animated show We Bare Bears.

If you can’t get enough of these fan-made Breath of the Wild cartoons, you absolutely must check out another project from earlier this year: a Studio Ghibli inspired animation.