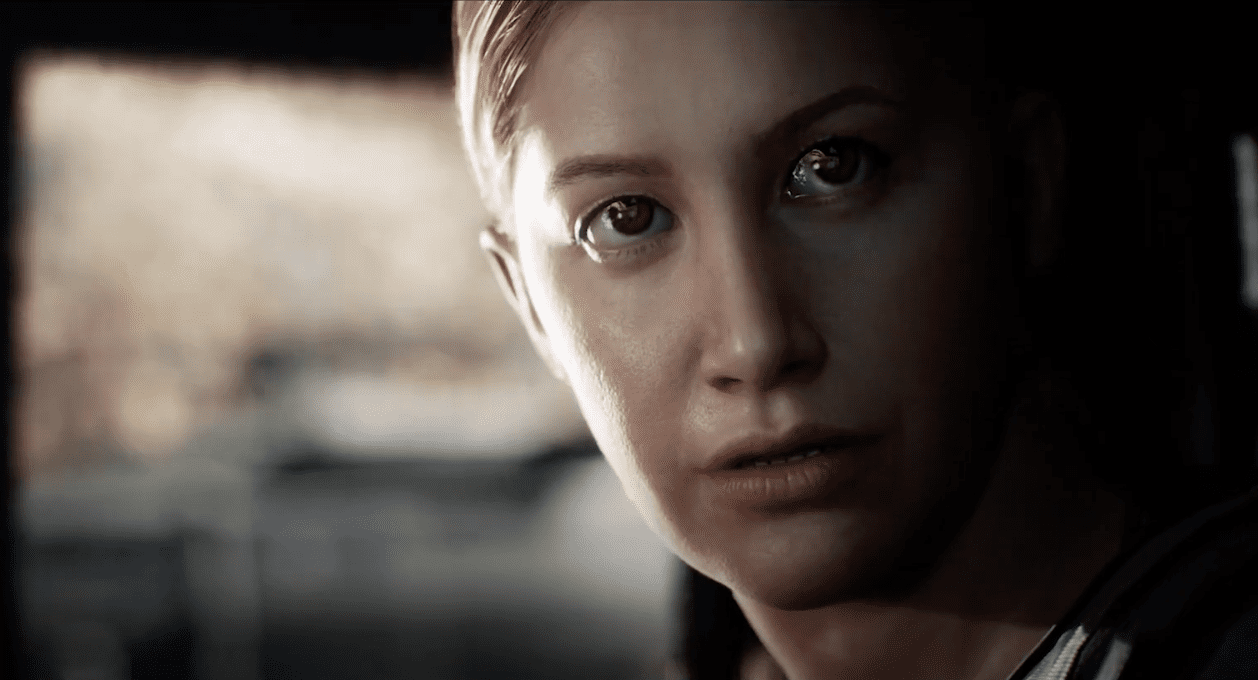 Supermassive Games’ next entry in the Dark Pictures Anthology, House of Ashes, has received its first teaser trailer, offering a glimpse at what kind of scares the game will offer.

Streamed on Nov. 9 through publisher Bandai Namco Entertainment’s official YouTube channel, the trailer is brief and scant on solid details regarding what House of Ashes will be about. At the same time though, key bits of info, like the entry’s setting and main character, are made available.

Things kick off in a desert, where a female soldier is briefed on a mission to help her allies after they discover something unknown and potentially dangerous in some underground caverns. She is told to start believing in something supernatural as she and other soldiers are flown to their distressed comrades via helicopter.

The trailer then jumps to more alarming clips, with two soldiers firing blindly into the darkness of a cave and the female soldier walking through a river of blood toward a statue of a demon, seemingly underground.

As she makes her way further through the river, a narrator speaks of how the souls of the damned were sent to this place, feeding off of dust and plagued by the demons of the underworld.

It all culminates in the soldier hearing a bestial screech come from behind her, which she responds to with a look of terror. The game’s release window of 2021 is then revealed, with versions planned for both current and next-gen consoles.

It’s not a lot to go off of, but it’s still an interesting taste of what House of Ashes will offer to players once it releases next year. Fans of the series will definitely want to check out the full teaser trailer down below.

The Dark Pictures: House of Ashes is currently slated for release in 2021 on PlayStation 4, PlayStation 5, Xbox One, Xbox Series X and PC. For more on the Dark Pictures Anthology, check out our review of Little Hope, the most recent entry which focuses on the lingering malice of the Salem Witch Trials.