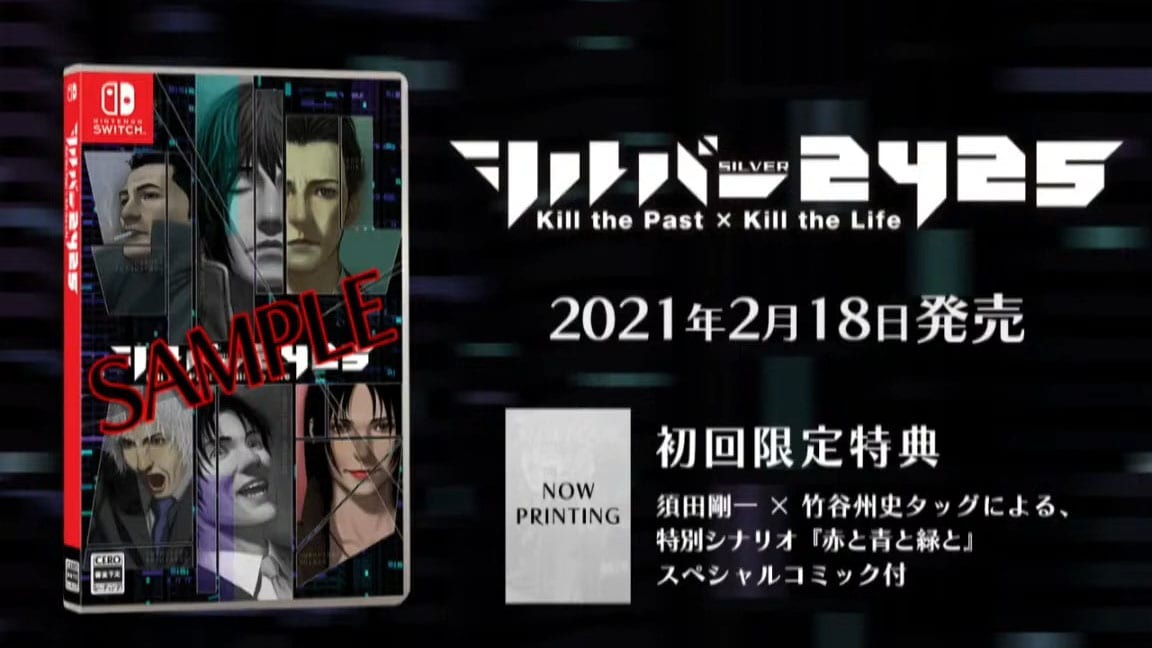 If the name doesn’t ring a bell, it’s the compilation of Goichi “Suda51” Suda’s The Silver Case and The 25th Ward: The Silver Case that was released in Japan for PS4 in 2018 (in the west, the two games launched separately).

Suda-san teased that he wanted to bring the games to the Switch back in March, and apparently he managed to make it happen.

Silver 2425 will release in Japan next year, on February 18, 2021. At the moment, a western release has not been announced. That being said, I would be surprised if it didn’t come considering that both games are already localized in English.

As an early purchase bonus, Playism will also include a manga with an unpublished scenario written by Suda51 himself.

We also get to see two screenshots below to get an idea of what the games look like.

In case you don’t want to wait for the Nintendo Switch version to be announced and released in the west, you can already find The Silver Case and The 25th Ward: The Silver Case available for both PS4 and PC.