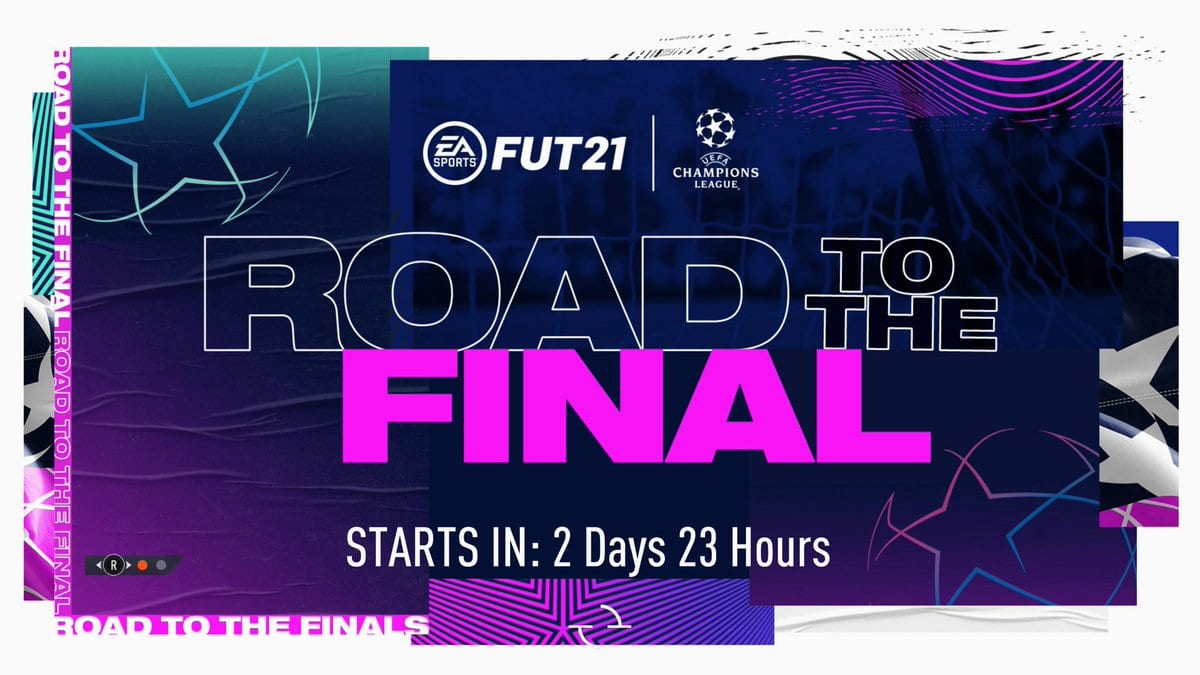 Following the conclusion of the Rulebreakers event, the next FIFA 21 promo is already being teased before it begins on Friday. It is another returning promo, called Road to the Final, and it celebrates the start of the Champions League now that the Group Stages are a few weeks in.

Exactly how it works is yet to be confirmed, but it’ll likely be the same as it was last year. How it worked was the player would get an upgrade (following the usual system) for every round they progressed through.

As an example, an 86 rated player would get a plus one if they qualified from their group, and another one for getting into each one of the knockout stages. Therefore, if a player’s club reaches and wins the final, whether they play in it or not, they have the potential to reach 94 rated or higher.

As for who the players will be, it’s difficult to say. The only requirement is that they play for a team who’s in the Champions League or Europa League.

EA Sports tends to opt for cards that fit into the meta, so that players are more likely to open packs to try and get them, so expect to see some familiar faces.

If you’ve been coming up against a player a lot of times over the first few weeks of FIFA 21, don’t be shocked to see them included in the Road to the Final squad on Friday.

Over the next three days, before the promo begins, expect to see EA Sports continue to tease the players via Twitter and the in-game Ultimate Team loading screen.

Once the Road to the Final players are revealed, we’ll be sure to let you know who they are.