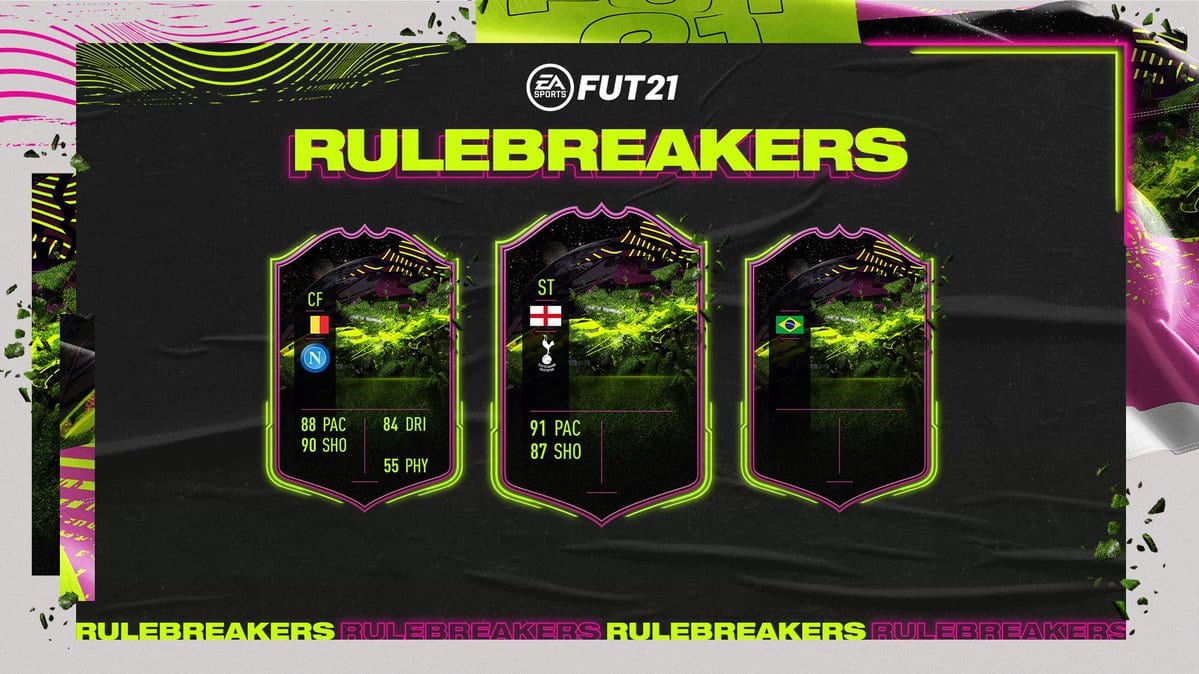 A brand new, never before seen promo has begun in FIFA 21 today, seemingly replacing the Ultimate Scream Halloween event with something that’s along the same lines. From the teases that EA Sports has given, it seems like it’ll be players with one stat significantly boosted, with a potentially fast Harry Kane coming out. So that you can add any you’d like to your team, here’s everything you need to know about how to get all Rulebreakers players in FIFA 21.

The full team is yet to be revealed, but we’ll let you know here who’s involved once it’s been announced and put into the game.

How to Get All Rulebreakers Players in FIFA 21

Therefore, since they’re in packs, you’ll be able to buy them from the transfer market. You’ll be able to narrow down the rarity to Rulebreakers only and then search for the exact player you want. Don’t expect them to be cheap though, especially if their pace has been boosted significantly.

Also, you’ll likely be able to get some Rulebreakers players from SBCs and Objectives throughout the length of the promo. The players who you’ll be able to submit squads for or play for are yet to be revealed, but we’ll add their name and requirements in here once they’re known.

In short, here are the ways to get Rulebreakers players in FIFA 21.

That’s everything you need to know about how to get all Rulebreakers players in FIFA 21. For more tips and tricks on the game, be sure to check out our wiki guide or search for Twinfinite.