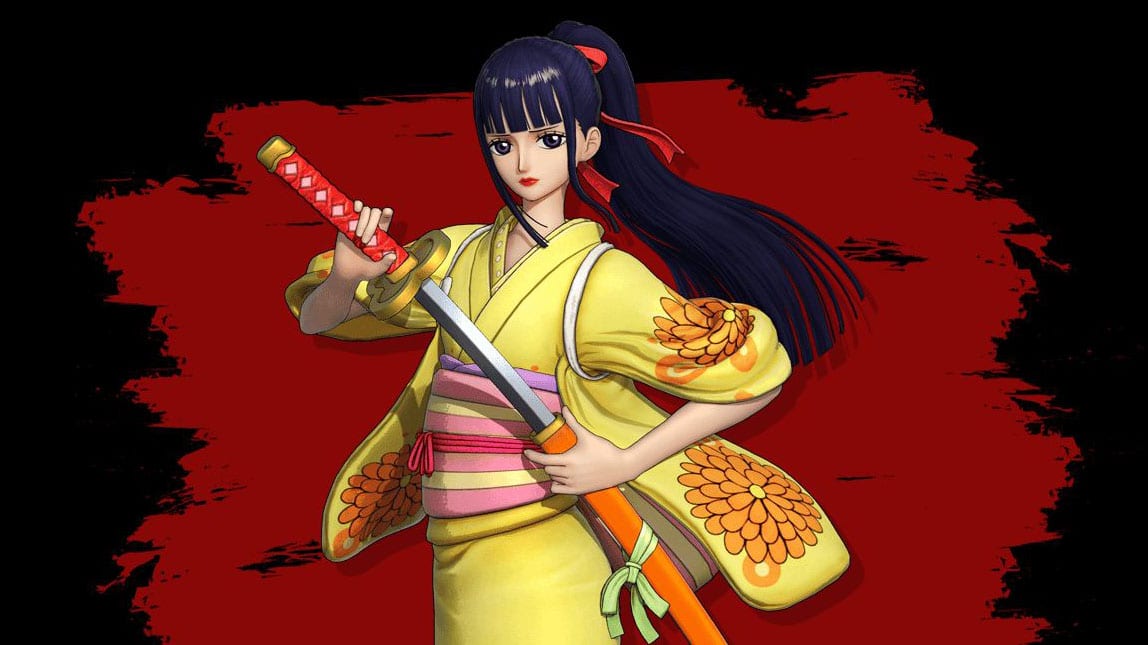 Bandai Namco revealed today another DLC character who will be added to its recent Musou-style game One Piece: Pirate Warriors 4.

The new character is Okiku, who will be the second added to the third DLC package, scheduled to release this winter also including Kin’emon.

The second DLC has recently been released a couple of weeks ago starring X Drake, Urouge, and Killer.

We’re likely to get a trailer showcasing Kin’emon and Okiku soon, but in the meanwhile, you can check out a few screenshots below, alongside an official description.

O-Kiku is the poster girl for a tea house in Okobore Town, in the Kuri region of Wano Country. She is a self-styled samurai trained in the art of the sword. Sumo champion Urashima became enraged with her after she not only spurned his advances but cut off his topknot; fortunately, Luffy was there to save the day.