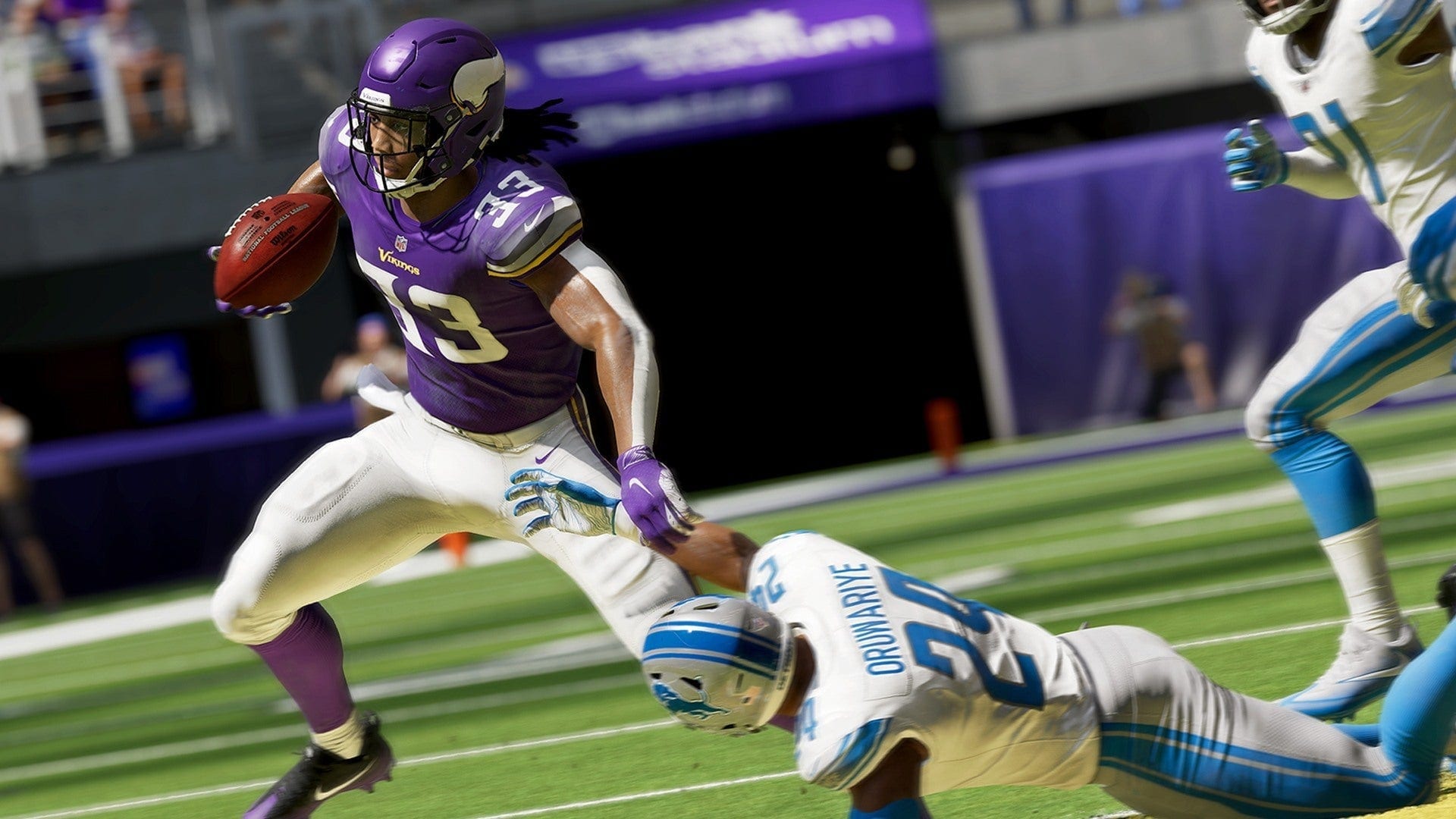 Madden 21 next-gen updates are going to be more than just better graphics. According to Electronic Arts, the version users play on the Xbox Series X & Series S or the PlayStation 5 has new features that can only be used on the new consoles.

Speaking to Polygon, Madden 21 Executive Producer Seann Graddy said the game is finally taking full advantage of analytics data the NFL has been compiling for the last five years.

That data comes from an RFID chip in players’ uniforms that monitor whereabouts and movement for every play in every game. Now, acceleration, deceleration, and change of direction will be incorporated into the next-gen version of Madden 21.

Graddy said the analytical data will be most prevalent on defense, but you’ll also see a change in decision making when executing a run-pass option, or the hurry-up offense at the end of a half or end of the game.

The game’s creative director, Connor Dougan said the data will also change animations to make everything look more realistic. He pointed to the way someone like Kansas City Chiefs’ star Tyreek Hill changed direction in the PS4 and Xbox One version.

The way he avoid tackles seems inhuman. Dougan said on the new consoles, users will see proper lean and momentum when a player turns upfield.

Enhanced stats and graphics aren’t the only big change EA is planning for the next gen Madden 21. The company says its overhaul of the game’s playbook is the biggest it’s undertaken since Madden 15.

Players will be able to bookmark plays, a feature EA says has been often requested.

A double button press stores favored plays to a new tab in the playbook. Plays will be able to be sorted according to what player they’re intended for, another feature the community at large is said to have asked for several times over.

The Madden 21 enhancements are only coming to the Xbox Series X Series S and PS5 when it lands on Dec. 4 and won’t be coming to the PC version of the game.