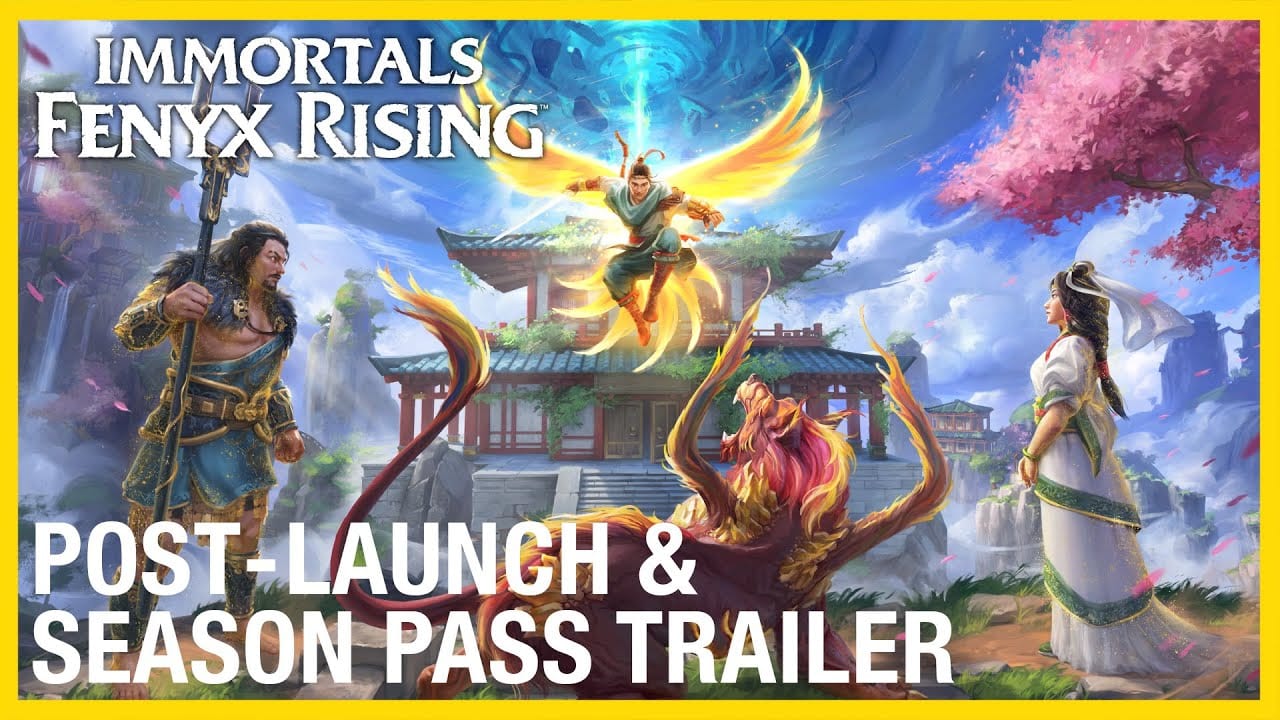 That includes the game’s second DLC called Myths of the Eastern Realm, which takes players to a new setting based around Chinese mythology as they take charge of a hero called Ku.

Elsewhere, the first and third DLC expansion take place within the context of ancient Greek mythology as in the base game. Here’s a condensed description of all three

Fenyx, now a full-fledged god, ascends to Olympos, ready to take on a new adventure. Over the course of this DLC, Fenyx faces a series of trials set out by the familiar gods players met on the Golden Isles. The trials introduce new types of puzzles set against the stunning backdrop of the home of the Greek Gods, Olympos.

MYTHS OF THE EASTERN REALM (DLC 2)

But one brave hero, Ku, escapes the curse of the broken heavens and emerges into the fallen world. With Nuwa’s guidance and a familiar Phoenix as a companion, Ku sets out to restore the balance between Heaven and Earth. This DLC will let the player control a new hero, Ku, in a brand new story inspired by Chinese mythology, encountering new deities and fighting exotic monsters in a distant land.

All over the world, cataclysms are ravaging cities and destroying lives. Fenyx, the Pantheon’s newly-appointed God of Unity, suspects the world is unbalanced because several gods have abandoned Olympos. Fenyx wants to help reunite the gods but finds themselves unable to when Zeus orders the Olympian gods to have no direct contact with the renegade deities.

This DLC offers new types of gameplay to Immortals players by adopting a brawler-style of combat as seen from Fenyx’s perspective in a top-down isometric view. The new playable hero, Ash, will grow stronger on their journey through a brand-new customizable upgrade system. Ash will develop new abilities and a true heroic persona as they build their relationship with Fenyx and the other gods.

Check out the full overview in today’s new trailer:

Immortals: Fenyx Rising launches for PS4, PS5, Xbox One, Xbox Series X/S, Nintendo Switch, and PC on Dec. 3. You can check out more of the game in action in another recent trailer here.