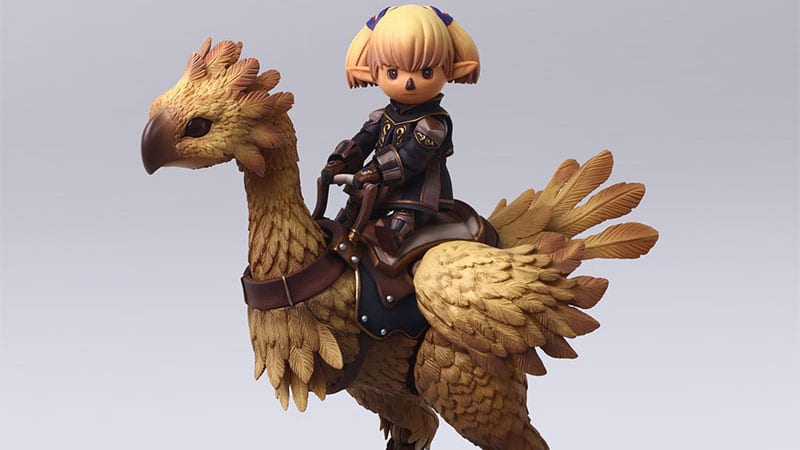 Final Fantasy XI may be 18 years old, but Square Enix is still keen on producing mechandise for it on top of keeping it running.

Today the publisher revealed two new entries in its own Bring Arts lineup of action figures.

The first portrays popular tarutaru character Shantotto on a chocobo, while the second includes the chocobo on its own.

The version that includes Shantotto comes with an alternate saddle that fits her and two separate bases, allowing you to display mount and rider together or separately. She also has alternate hands and her iconic staff.

Shantotto herself is unsurprisingly fairly diminutive, measuring only about 8 cm. The chocobo is predicttably much larger, standing at 18 cm tall.

The release window for both options is April 2021.

It’s almost crazy to think that, by then, Final Fantasy XI will be one month away from being 19 years old. When I started playing it in my early twenties, I certainly did not expect I’d be writing about this game almost two decades later. It’s even getting updates, which is certainly a testament to its longevity.

Nostalgia aside, you can find images for both figures below.