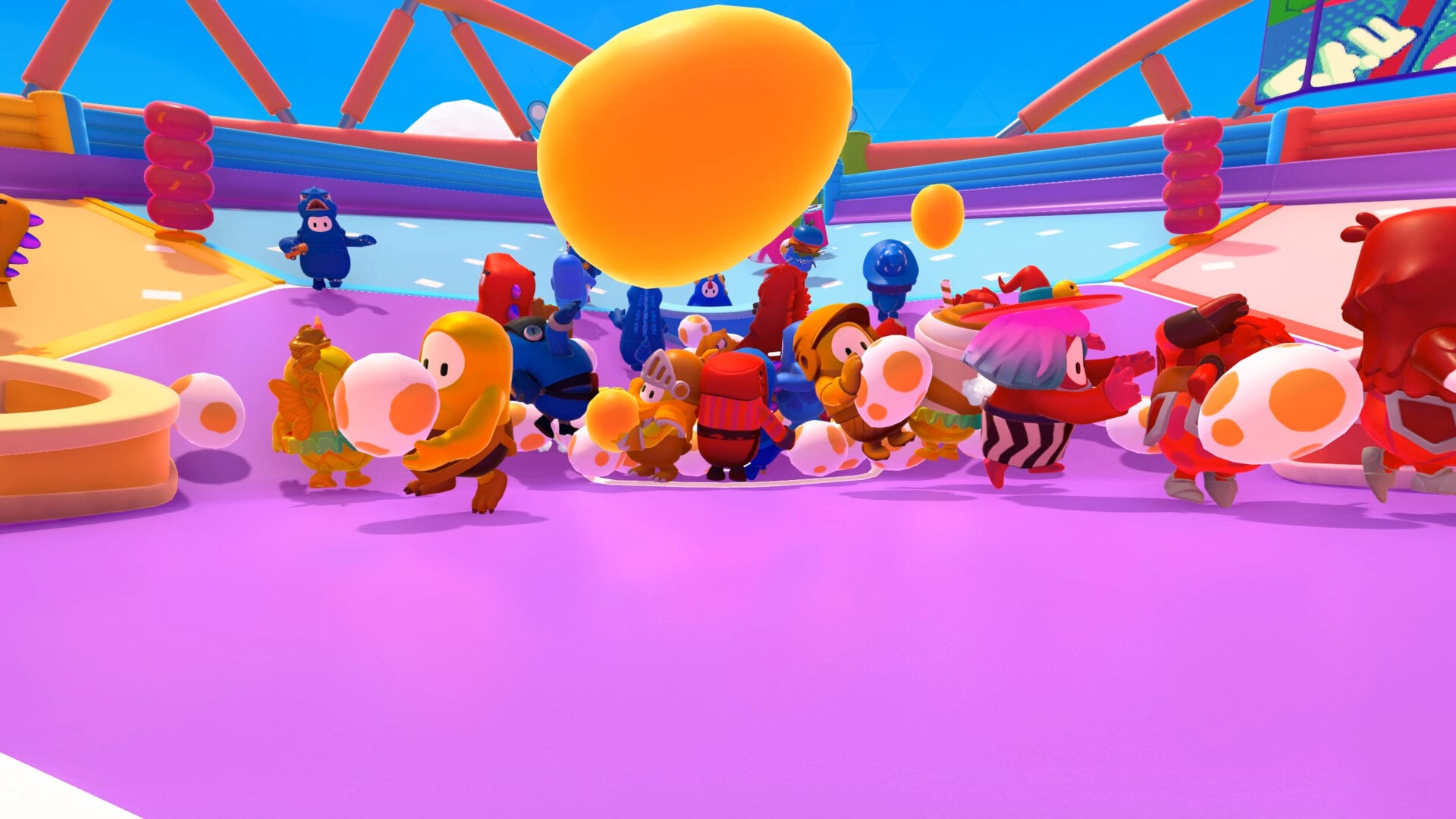 Fall Guys developer Mediatonic detailed some of the new changes in the “Season 2.5” update available for the game today on PlayStation 4 and PC.

The mid-season update of the current Season 2 adds a new round called Big Fans. The new race takes place in the sky as players hop and cross rotating fan blades. There are checkpoints for players taking their time, and slimline platforms for those that want to take the risk to secure a win.

The studio remixed classic and Season 2 rounds by adding obstacles such as falling fruit, spiky rollers, swinging scythes, and a swinging pint-sized hammer affectionately named ‘Big Yeety’ that could possibly help players launch across the map but also send them to their deaths.

The update fixes several bugs such as unfairly falling through the tiles in Hex-A-Gone, grabbing the crown without victory bug in Fall Mountain, and jump inputs not registering. Players can now choose their Server region and language in-game. Mediatonic also launched a Trello board to track other bugs and issues.

The company also announced during a Twitch stream today that Fall Guys will be receiving an Untitled Goose Game skin beginning this Friday, Nov. 13 for players to earn. Check out the goose skin in the image below along with some of the developers in their own goose costumes.