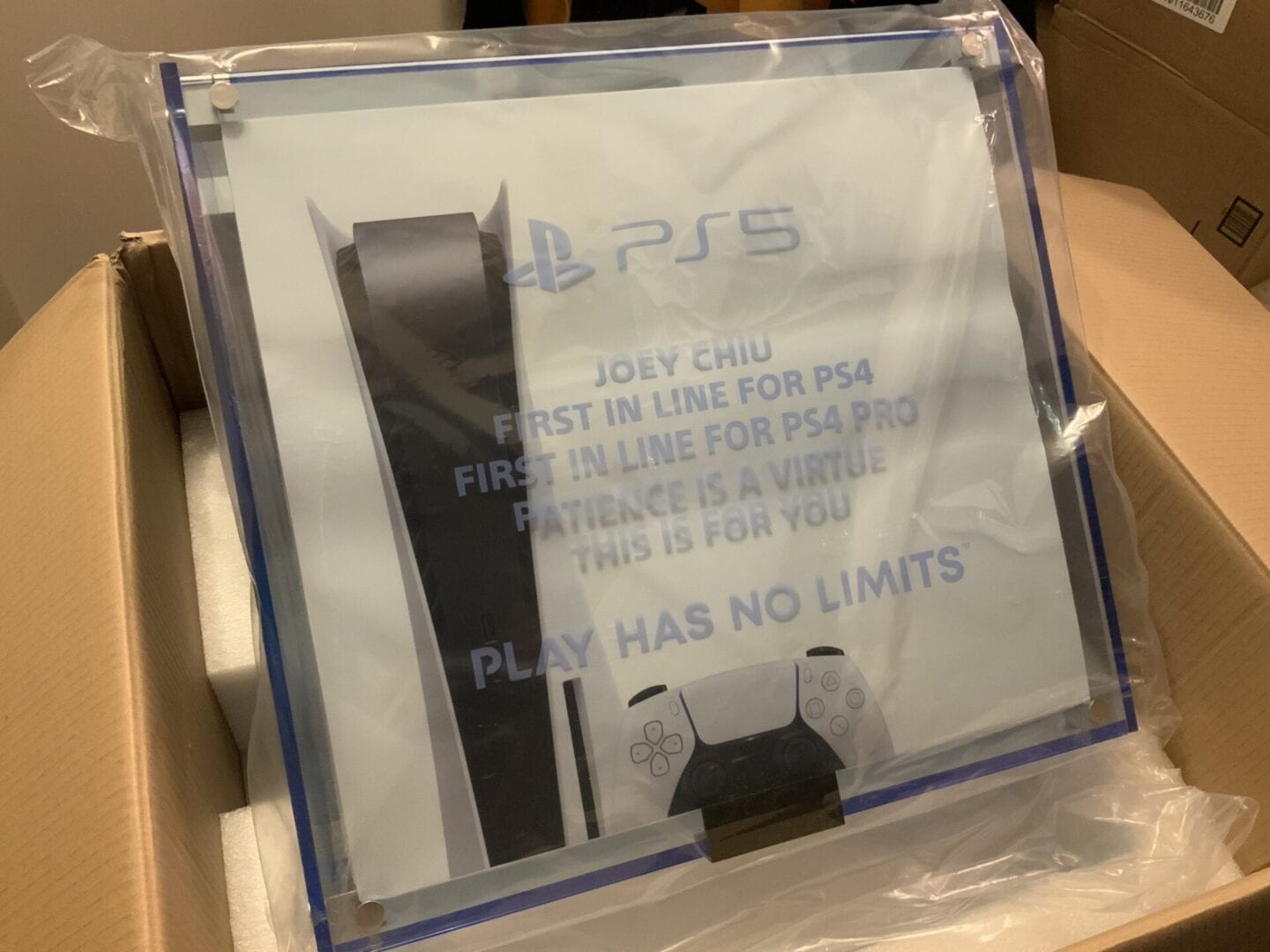 In 2013, Joey Chiu was the first customer in line to buy the PS4 at the console’s launch event in New York. Today, seven years later, Chiu was shocked to find that he has been gifted a PS5 from Sony.

Chiu tweeted a photo of his surprise package from Sony, saying how crazy it is that things have come full circle with the free delivery of his own PS5 console — and two days before its official release in the U.S., no less.

For those who can’t read the light-colored text Sony typed on the package clearly, allow me to spell it out in a poem for you since it looks written that way.

First in line for PS4,

First in line for PS4 Pro.

Patience is a virtue,

This is for you.”

Now, thanks to COVID-19 and the limited supply of the PS5 consoles, Sony decided to go out of their way and save their favorite customer the trip to the video game store and delivered the PS5 right to his doorstep as a thank you present for being the very first customer in the world to buy the PS4 and PS4 Pro from them last console generation.

Chiu is a very lucky gamer!

Now the question is, which version of the PS5 did he get? The Standard Edition? The Digital Edition? Or was Sony generous enough to give him both versions like he got last time?

The PS5 will be released in the U.S., Japan, Canada, Mexico, Australia, New Zealand and South Korea on Nov. 12. Customers living in other countries will have to wait until Nov. 19 to get their hands on the console.