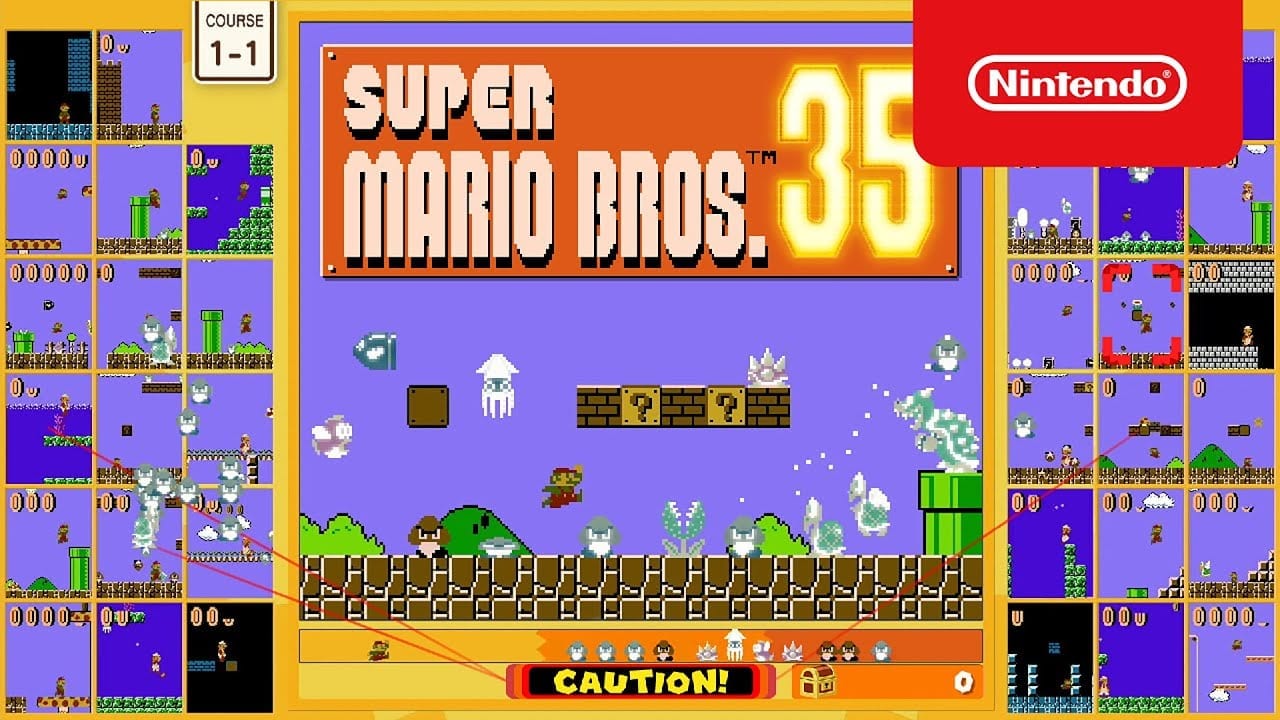 The game is now available exclusively for Nintendo Switch Online members and apparently it’ll only be playable until March 31, 2021.

It pitches the player against 34 additional Marios in a pitched battle for platforming dominance.

You can check out the trailer below, and see another video from September when the game was announced.

Race against time, defeat enemies, and sabotage your opponents in an online battle to be the last Mario standing!

Each player is given the same timed stage, but you must defeat enemies to earn extra time and attack your opponents. Don’t forget to pick up some coins on your way—they can be used to get in-game items like power-ups. With speed, skill, and strategy, you could be the last Mario standing.

Only on Nintendo Switch Online!