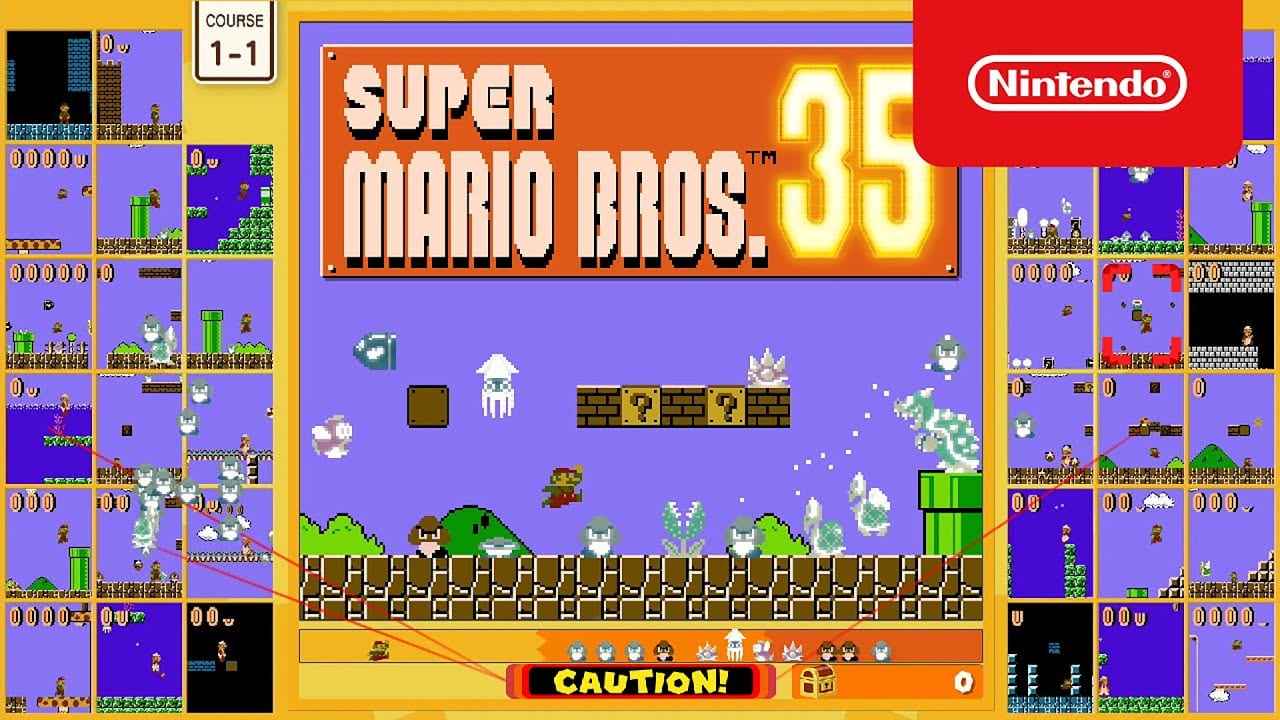 Today marks Super Mario’s 35th anniversary, so of course Nintendo stealth dropped a bunch of games during a completely unannounced Direct to celebrate. One of the big takeaways was Super Mario Bros. 35, a multiplayer take on the beloved classic coming next month that pits 35 players against each other in a last Mario standing showdown.

As you’ll see in the reveal trailer below, groups of players take on Super Mario’s iconic levels, competing against each other to complete stages as quickly as possible.

The trick is that for every Goomba and Buzzy Beetle you defeat in your playthrough, the game sends those over to invade other player’s games. There’s also some strategy involved in using the item roulette and instructing the game to send enemies to specific high-scoring players, like those with the fastest time or most coins.

It looks like a total blast, honestly, and exactly the sort of battle royale-style party game that longtime fans of Nintendo’s classic games are going to relish testing themselves against.

In related news from today’s Direct, Nintendo revealed that Super Mario 3D World, originally released on the Wii U, is getting a Nintendo Switch port.