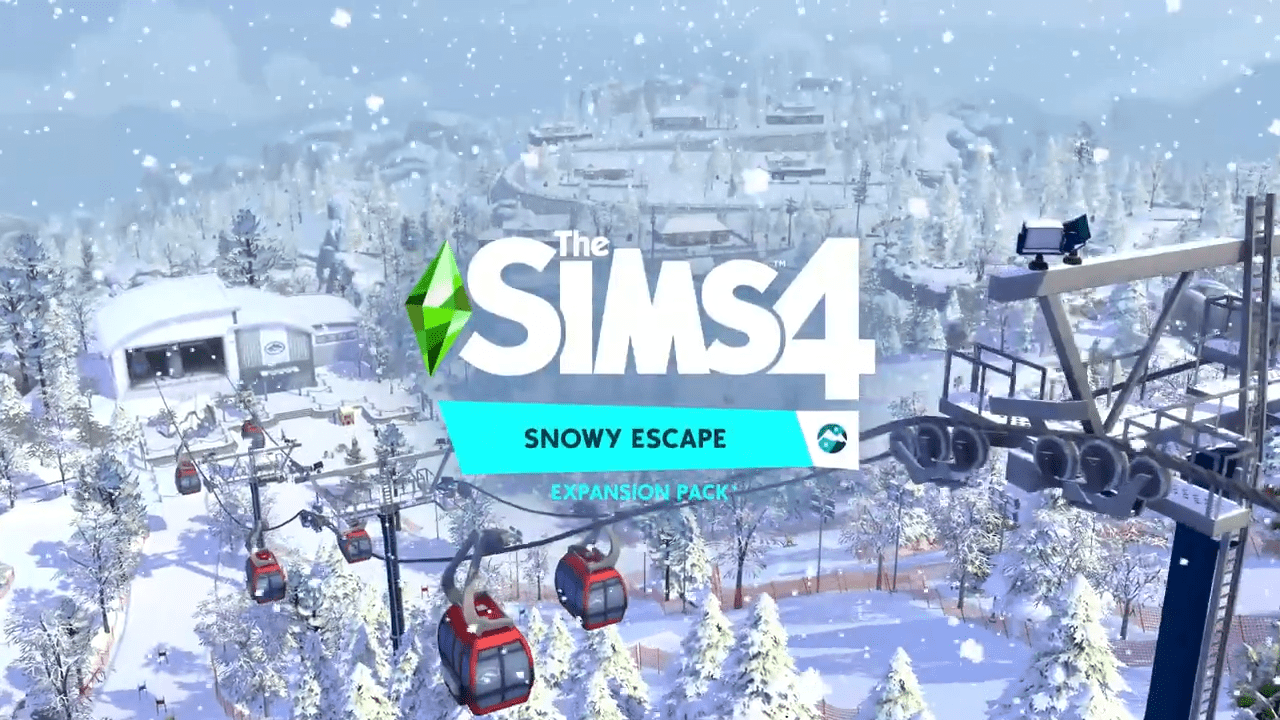 The Sims 4‘s new Expansion Pack was revealed yesterday on Twitter as Snowy Escape, leaving fans wondering what features they might expect. Cover art was shown depicting some upcoming features like snowboarding, rock climbing, and more.

The Snowy Escape trailer reveal just happened and we know a lot more about what to expect from this upcoming expansion now. Check it out below and read on for some of the details!

The Snowy Escape trailer reveal depicts a beautiful new map, based heavily off of what seems like Japan. There is a mountain, called Mt. Komorebi, for your Sims to explore, bath houses to relax and unwind in, endless tourist attractions, and even working vending machines. All of the new gameplay changes don’t end there, however. From the trailer, it can be seen that they are adding a new transportation system for Sims– trains! That’s not quite cars, but it’s a great upcoming feature.

Your Sims will also be able to visit shrines, pray at them, and perhaps even interact with adorable little spirits. On top of all of this, there are of course clothing additions that we can see (tons of winter attire). Many fans looked forward to a winter-y themed pack where their Sims could snowboard, ski, and more. It looks like Snowy Escape will let them do all of this and even more.

If this sounds like something that would interest you, grab a copy on Nov. 13, as that’s the release date. Less than a month before your Sims can go skiing and exploring!