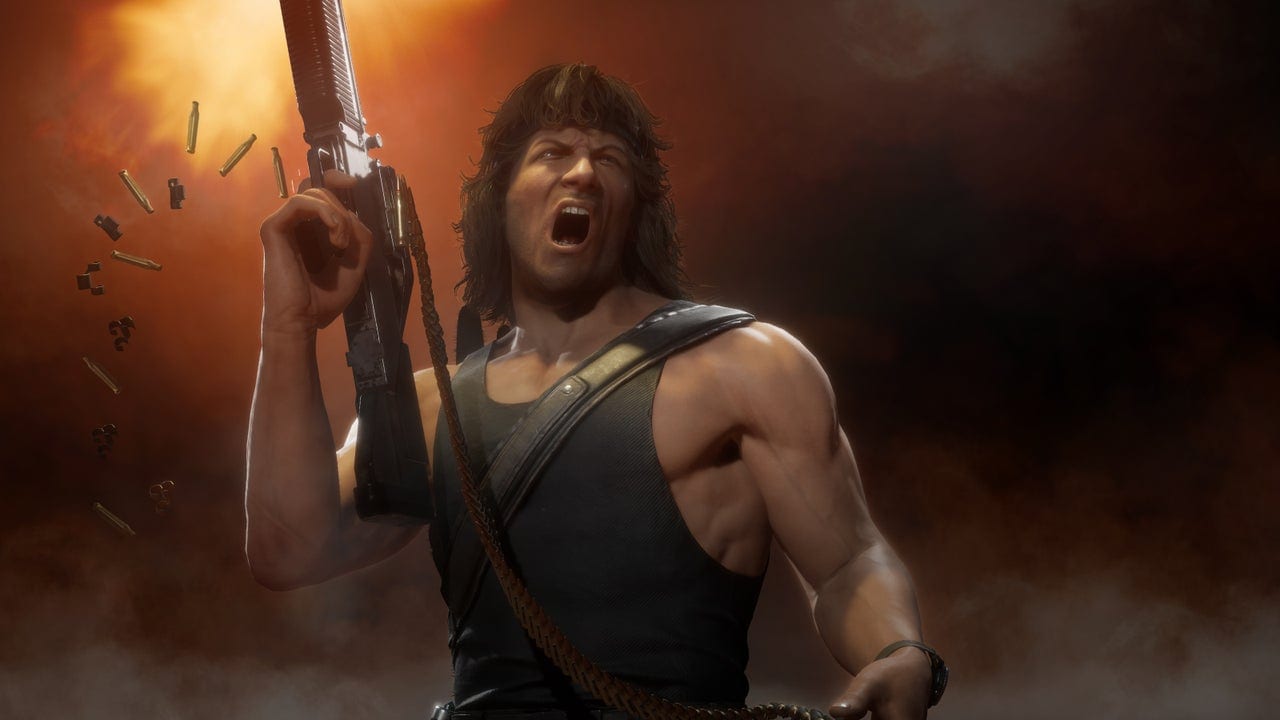 Big news for fans of Mortal Kombat 11: Several of the game’s next DLC characters have been revealed, and next gen ports of the game have officially been confirmed via an Ultimate edition.

In a post to the official PlayStation Blog made on Oct. 8, NetherRealm Studio’s story and voiceover director Dominic Cianciolo revealed three of the game’s next new characters. They include fan-favorites Mileena and Rain, as well as another film icon character in Sylvester Stallone’s Rambo.

The two returning characters each come with new weapons for fans to test out as well. Mileena will now wield razor-sharp claws affixed to gloves, while Rain can wield a Katar to slash and stab opponents with. Rain can likewise now open a rift into a water dimension, wherein his moveset gains new properties and effects.

As for Rambo, his moveset and weapons haven’t been expressly detailed just yet, though it has been confirmed Sylvester Stallone has provided his voice talents to the character.

More information on the new fighters will be released in the weeks leading up to all three characters’ release, slated for Nov. 17.

Likewise, it will boast improved graphics and performance compared to the base versions of the game, with the most notable improvement coming via the next-gen versions.

More info is set to be released for the Ultimate edition as its launch date approaches.

Mortal Kombat 11 is currently available on PlayStation 4, Xbox One, PC and the Nintendo Switch. For more on the game, check out our coverage of the game passing a huge sales milestone earlier this month.