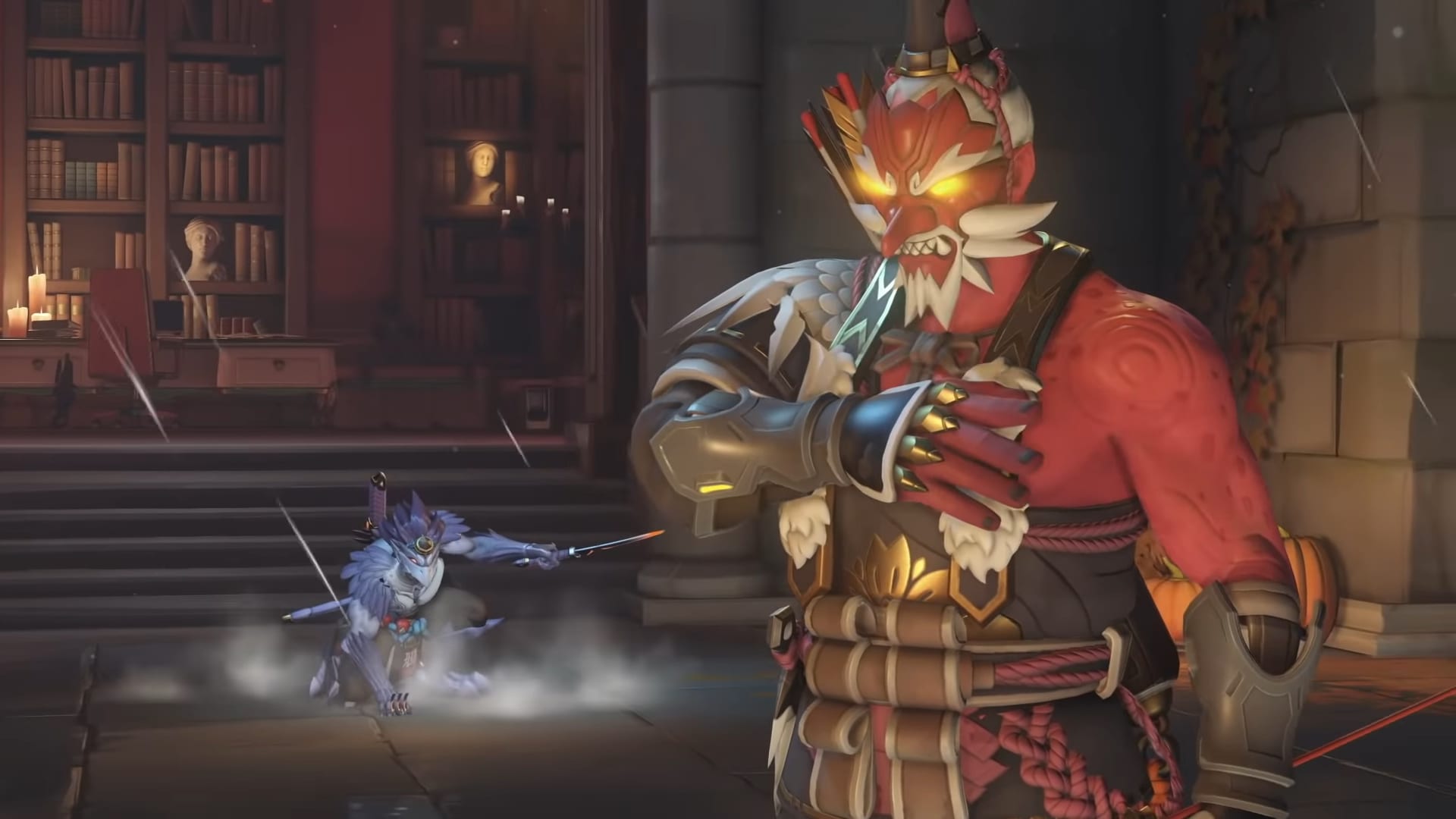 The annual Halloween Terror event returns to Overwatch this year with new spooky skins and a cooperative mode that has been updated with new challenges.

D.Va, Genji, Hanzo, Sigma, and Winston all received a new Legendary skin after creatures such as werewolves and the Flying Dutchman that can be found in loot boxes alongside past Halloween skins. Blizzard is offering an extra 10 loot boxes with a purchase of 50 during the event.

Players can also earn a new Epic Halloween-themed skin each week during the event by winning nine matches with Sombra in week one, Brigitte in week two, and Echo in week three.

The cooperative wave-based Junkenstein’s Revenge returns this year with new challenge missions that adds a modifier each week. The full schedule of available missions as follows:

The Overwatch Halloween Terror event begins today and runs until Nov. 3 for PC, PlayStation 4, Xbox One, and Nintendo Switch.