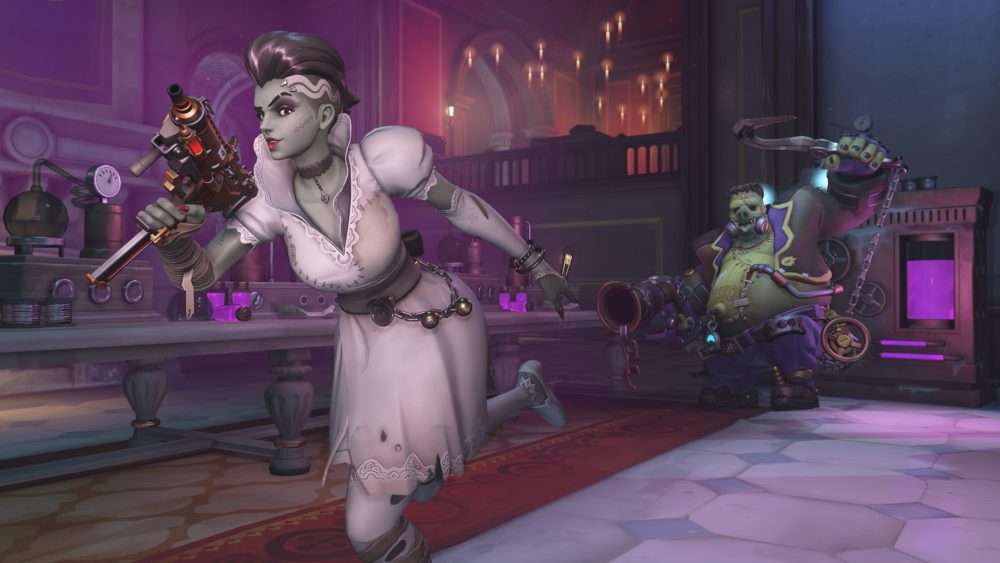 Blizzard Entertainment announced today that the Halloween Terror event will be returning to Overwatch tomorrow, Oct. 15.

The studio announced the return of the annual Halloween event in a tweet alongside a very short video showing off a skeleton-like skin for Zenyatta.

The video also showed Zenyatta putting his legs down on the ground from his enlightened floating to stretch out for a bit before returning to his natural position.

Nothing else has been announced for the Halloween Terror event, but should contain more new Halloween skins and cosmetics alongside items from past Halloween events to unlock. It should also bring back the seasonal version of the Château Guillard deathmatch map introduced in last year’s event.

The logo for the 2019 Halloween Terror event features Dr. Junkenstein, the costumed Junkrat and final boss for the seasonal mode Junkenstein’s Revenge.

The cooperative, wave-based mode should be back when the event begins tomorrow, Oct. 15. The Overwatch event will end in three weeks on Nov. 4.

The event will be available on PC, PlayStation 4, Xbox One, and possibly Nintendo Switch. The Nintendo Switch version launches on the same day as the event begins, which Blizzard has announced the global unlock times for.