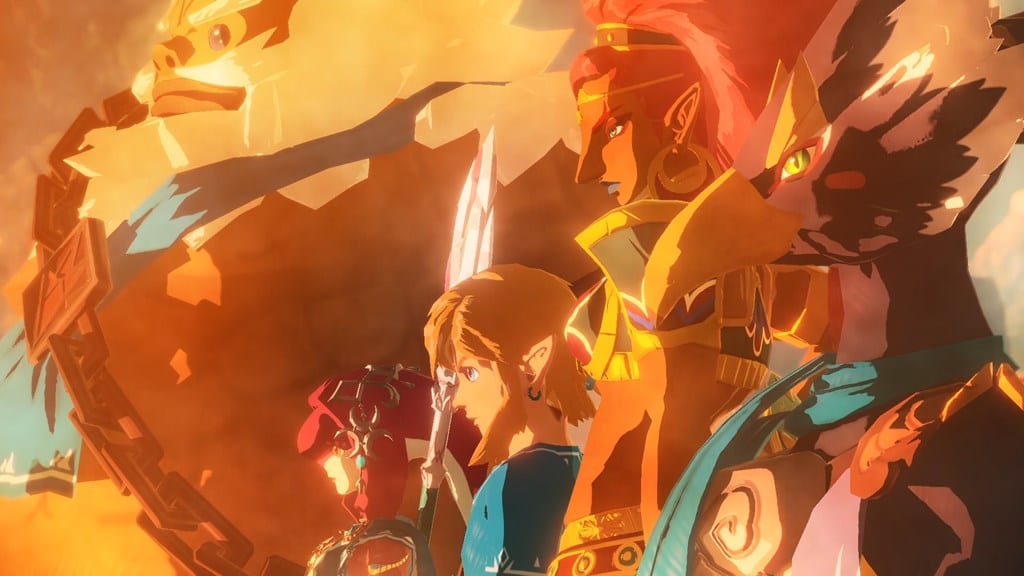 During a livestreamed Nintendo Treehouse presentation, new gameplay was shown off for Hyrule Warriors: Age of Calamity. The title is being developed by Omega Force and takes place 100 years before the events of The Legend of Zelda: Breath of the Wild.

The beginning of the Hyrule Warriors presentation showed off gameplay for one of the playable Champions, Urbosa. She uses her electricity-based attacks to deal with the hundreds of enemies that occasionally pop up on-screen.

We see Urbosa exploring the desert area that we’ve seen before in Breath of the Wild and it turns out that Korok Seeds will be able to be collected, but we’re not sure just how many there are scattered about.

Zelda gameplay was shown off for the first time as well, and she uses a combination of runes to take out literally hundreds of foes.

And similar to the other titles in the Warriors series, you’ll be able to switch between several characters on the fly, allowing you to complete objectives quickly and efficiently.

The world map was also shown off, and you can unlock new locations by using materials, and you can enhance weapons by going to a shop. And no, weapons do not break in Hyrule Warriors: Age of Calamity, so if you weren’t a fan of that feature in BotW, you’re in luck.

You can cook dishes too by using materials, and they give you bonus stats before heading into a mission. Some of the characters will even have favorite dishes, so you will want to make sure that you’re feeding everyone stuff that they enjoy.

Hyrule Warriors: Age of Calamity will launch for the Nintendo Switch on Nov. 20, 2020.