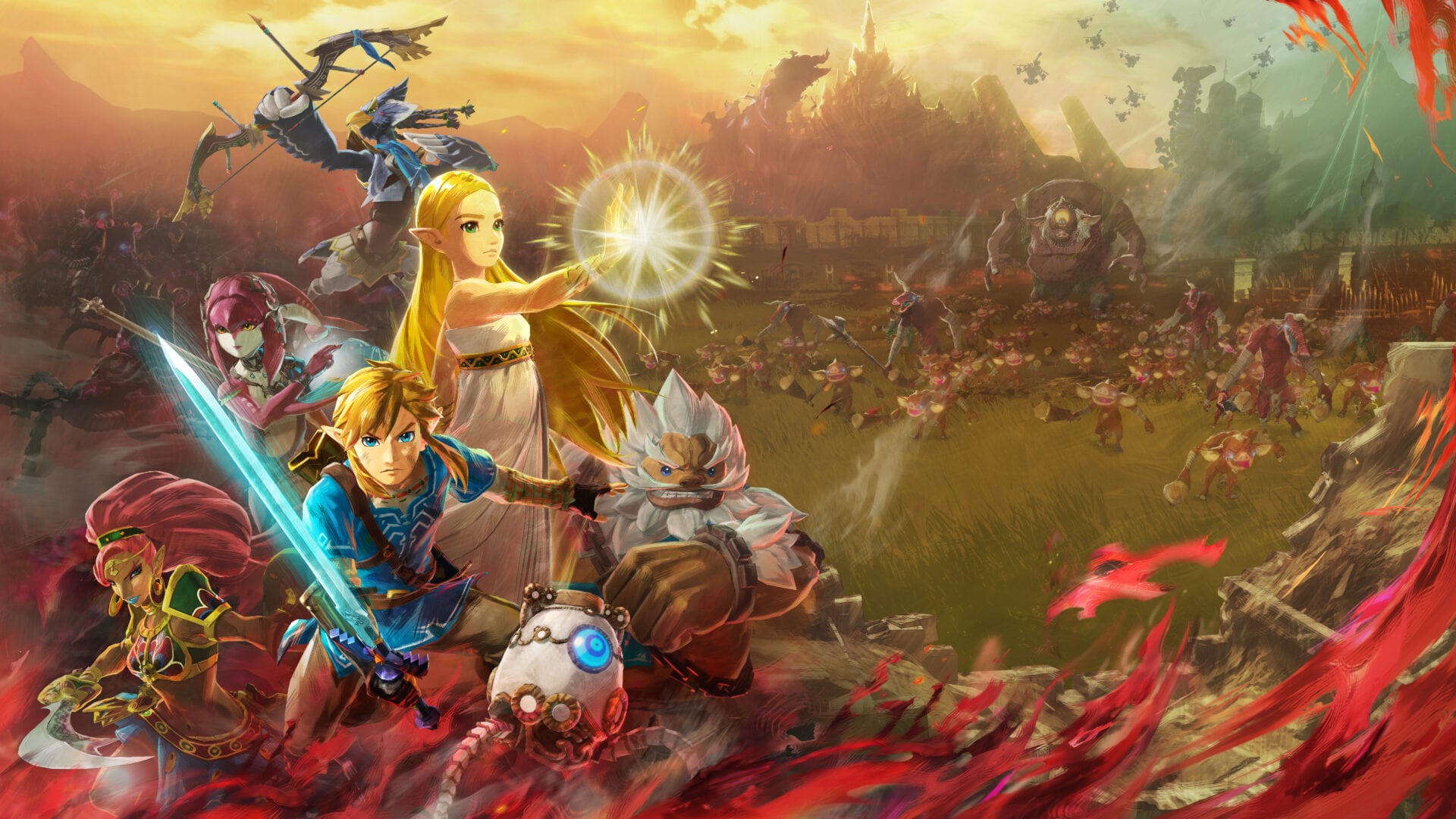 Today Nintendo and Koei Tecmo Games have announced a brand-new Zelda title for the Switch. Hyrule Warriors: Age of Calamity takes place 100 years before the events of Breath of the Wild, letting players experience the events of the infamous Great Calamity.

Being developed by Koei Tecmo, Age of Calamity will play a lot like Hyrule Warriors and Fire Emblem Warriors, with players being able to perform combos and over-the-top special attacks to defeat hundreds and even thousands of enemies at the same time.

Also, according to a press release, Hyrule Warriors: Age of Calamity won’t just be a hack and slash beat-em-up. The title will still have players solving environmental puzzles, unlocking new weapons and skills, crafting materials, and visiting shops to purchase items. Even the Sheikah Slate will have use during combat.

The playable cast of characters will feature Link, Princess Zelda, and even the four Champions of Hyrule.

Hyrule Warriors: Age of Calamity will launch exclusively for the Nintendo Switch on Nov 20, 2020.

The game is available to pre-order right now and for those that are looking to purchase the title digitally, you can even get a pre-order bonus in the form of a Lucky Ladle.

The ladle is one of the weapons that Link can use in Hyrule Warriors: Age of Calamity and be equipped for battle or can be fused with other weapons for a boost to your stats. You can check out a picture of the weapon in the gallery below, as well as some official images.

It’s also worth noting that this pre-order bonus will not be immediately available for owners of the physical version of the game, but it might be offered as a paid item at a later time.

More details on the game will be unveiled on Sep 26, which is when TGS Online 2020 (Tokyo Game Show) will be taking place.