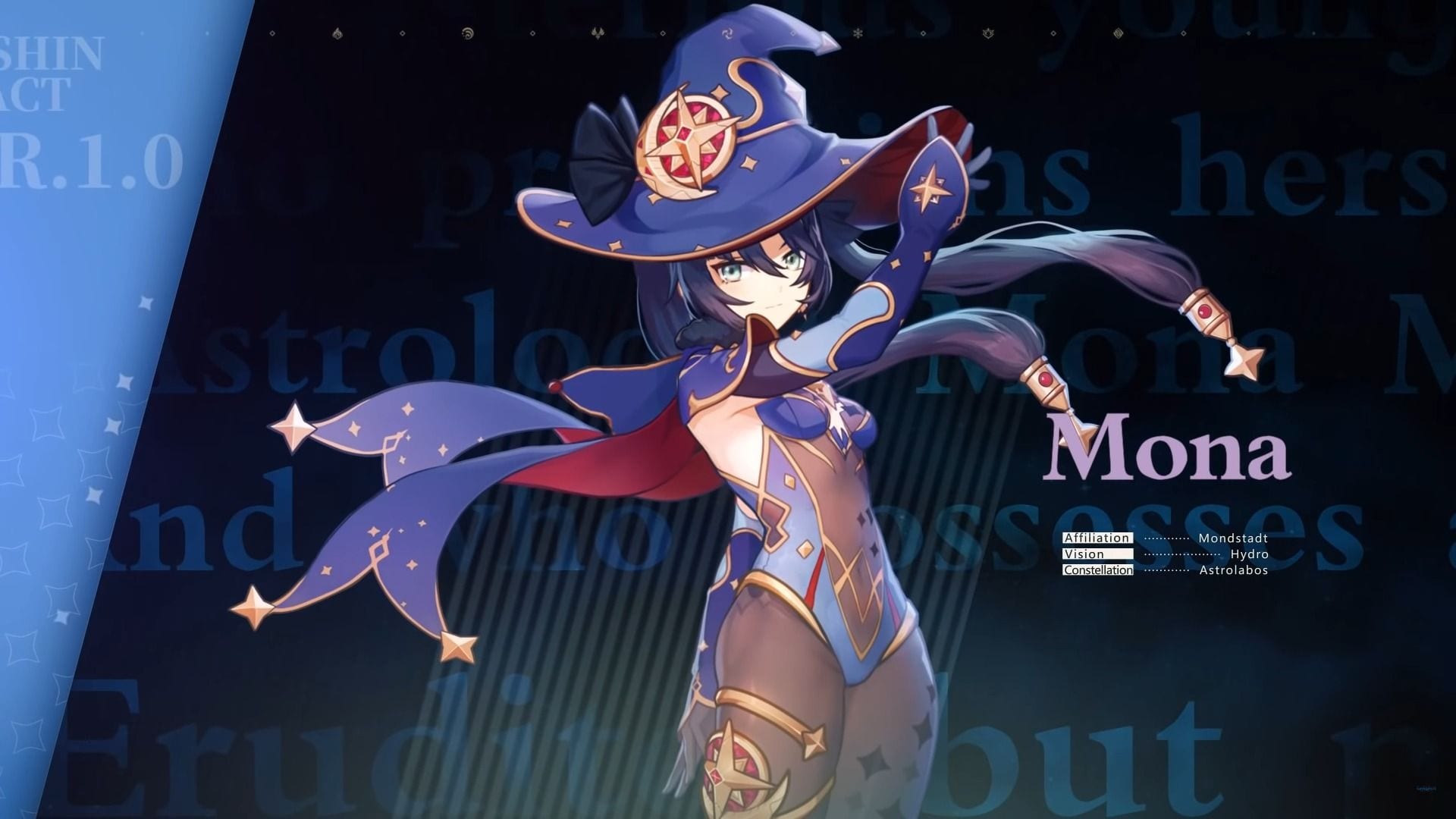 We get to meet the beautiful astrologer Mona and the diminutive zombie Qiqi, getting a quick overview of their story and then moving on to a deep dive into their powers.

Here’s how the two characters are described by the developer, starting with Mona.

“A mysterious young astrologer who proclaims herself to be “Astrologist Mona Megistus,” and who possesses abilities to match the title. Erudite, but prideful.

Though she is often strapped for cash and lives a life of thrift, she is resolved to never use astrology for profit… It is this very resolution that has caused her to constantly fret about money.”

“An apprentice and herb gatherer at Bubu Pharmacy.

“Blessed” by the adepti with a body that cannot die, this petite zombie cannot do anything without first giving herself orders to do it.

Qiqi’s memory is like a sieve. Out of necessity, she always carries around a notebook in which she writes anything important that she is sure to forget later.

But on her worst days, she even forgets to look at her notebook…”

If you want to see more of Genshin Impact, you can enjoy another trailer about Diluc, one focusing on Venti,  two trailers introducing Fischl, three showcasing Klee, and one on Jean. You can also read our recent review.