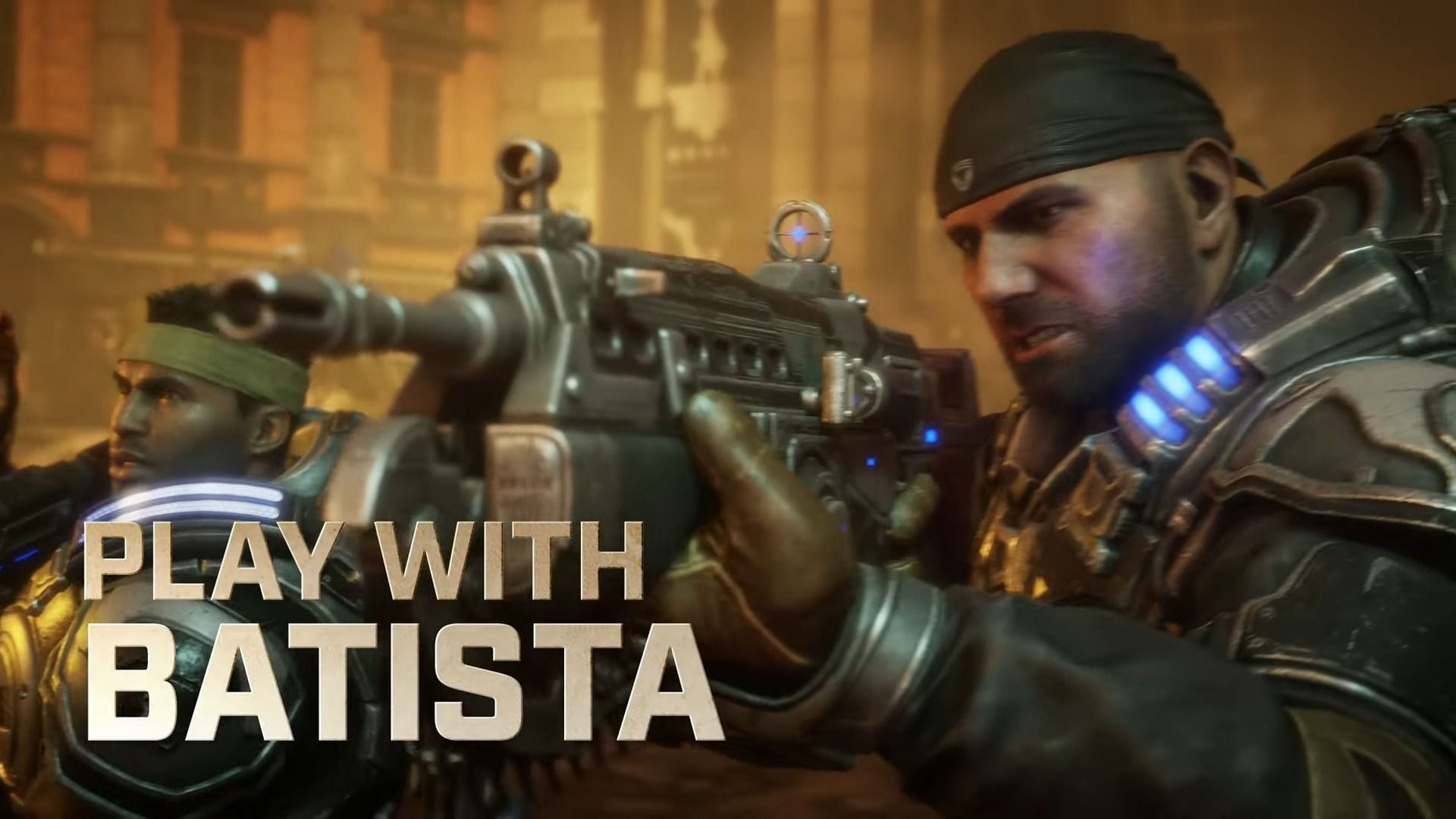 Today Microsoft and The Coalition released a new trailer of Gears 5 featuring the upcoming update.

The update will match the release of Xbox Series X and Xbox Series X, adding a fresh coat of paint to support the new hardware.

On top of that, we get a bit of an odd feature that some may appreciate. It’ll be possible to play the entire campaign with the original Marcus Fenix replaced by Dave Batista.

You can check it out below and see if you want to make the switch to the new model and voice.

This isn’t the only addition the game is getting on Nov, 10, as those who purchased (or will purchase) Gears Tactics will also get the ability to play as its protagonist Gabe Diaz in multiplayer.

Gears 5 is currently available for Xbox One and PC. Those who get an Xbox Series X or S will be able to upgrade for free via the Smart Delivery feature.

If you’re not familiar with the game, here’s an official description.

“Campaign: With all-out war descending, Kait Diaz breaks away to uncover her connection to the enemy and discovers the true danger to Sera – herself. Starting November 10, take your character and weapon skins into new playthroughs and enjoy bonus difficulties and modifiers.

PvP: May the best team win! With new modes and content since Launch, Versus rewards every competitive style, from casual to pro.

PvE: Co-operatively battle to survive. Assemble your squad and hunker down in Horde or push through in Escape.

Three-player Campaign Co-op: Battle alongside your friends in three-player online or split-screen co-op.