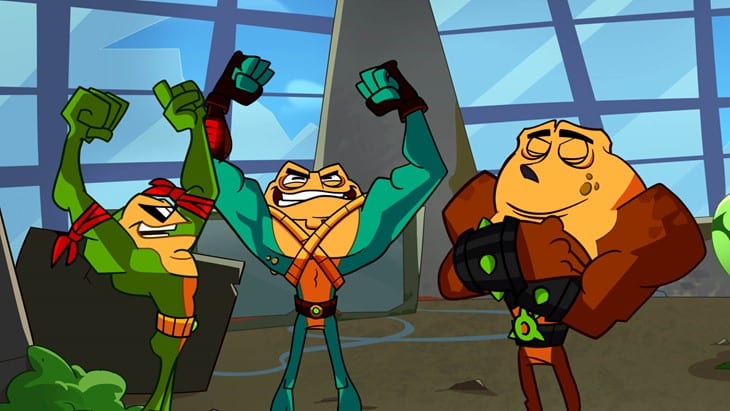 Developer Rare has today announced that its reimagining of the hit 90s arcade game Battletoads has been a big success, recording over one million players since its launch last month.

In tandem with the announcement, the team included a graphic highlighting some of the other notable stats from the first 30 days of play:

As Battletoads bounces past a million players, we’ve swiped some staggering in-game stats since launch! Poor Chet and his turbo bikes, we’ll be surprised if he’s still in business. Read the post for the lowdown and take a swing at the game today: https://t.co/ZNlGjdzGt0 pic.twitter.com/e1W3PHZGDW

A press release today breaks down each of the stats with the following overview:

As part of the trio’s mission to save the galaxy they’ve collectively died 80,037,506 times, more than half of which were turbo bike crashes. Some things never change!

On the flip side, team players have managed to step in and revive their fellow ‘Toads 2,880,267 times, sweep up an enormous 8,677,560 collectibles along the way and tear through enemy forces so ferociously that first level boss Porkshank alone has taken a total of 1,562,508 beatings.

Players aren’t being slouches about it either – the fastest full game speedrun recorded so far (‘Tadpole’ difficulty, 100%) clocked in at an astonishing 1:38:51, set by Fuzzyness in the Game Pass for PC Battletoads Speedrun Challenge!

Twinfinite reviewed Battletoads earlier this year and enjoyed our time with it, scoring the game 3/5 and concluding:

“When all is said and done, I really did enjoy playing Battletoads. The environments are gorgeous, the gameplay is vibrant, and co-op just so much fun to play.”

Battletoads is available to play on PC and Xbox One either as a standalone purchase or via Xbox Game Pass.