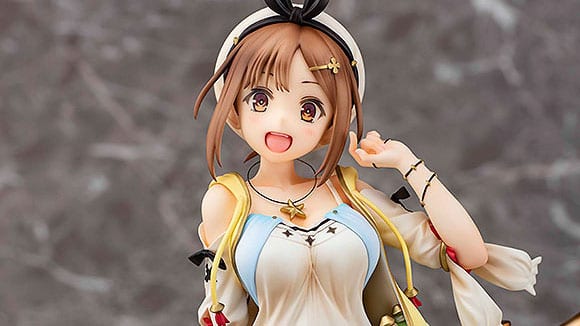 Considering the popularity of Ryza, the protagonist of Atelier Ryza: Ever Darkness & the Secret Hideout, it’s not surprising that her figures are quite popular as well.

The figure by Wonderful Works released last summer is coming back with a reprint that will be released in March 2021.

The prototype was sculpted in 1/7 scale by SAKAKI Workshops, Yamakatsu, and iTANDi and painted by Hiroshi Michikawa.

Here’s how the manufacturers describe the figure.

“From the latest game in the “Atelier” series comes a brand new figure!
From the popular “Atelier” series’ latest entry “Atelier Ryza: Ever Darkness & the Secret Hideout” comes a scale figure of Reisalin “Ryza” Stout! Her lively expression and lightly fluttering outfit from the game’s main visual have been captured in outstanding detail. Ryza’s voluptuous thighs have also been sculpted to perfection! Her weapon and various equipment have all been carefully recreated, while the figure base features a design based on the game. Be sure to add her to your collection!”

Incidentally, Ryza is the first Atelier character to remain as the protagonist for a second game. Atelier Ryza 2: Lost Legends & the Secret Fairy will come west for PS5, PS4, PC, and Nintendo Switch in North America on Jan. 26, 2020, and in Europe on Jan. 29.

We already know that it’ll be the second game of a trilogy.