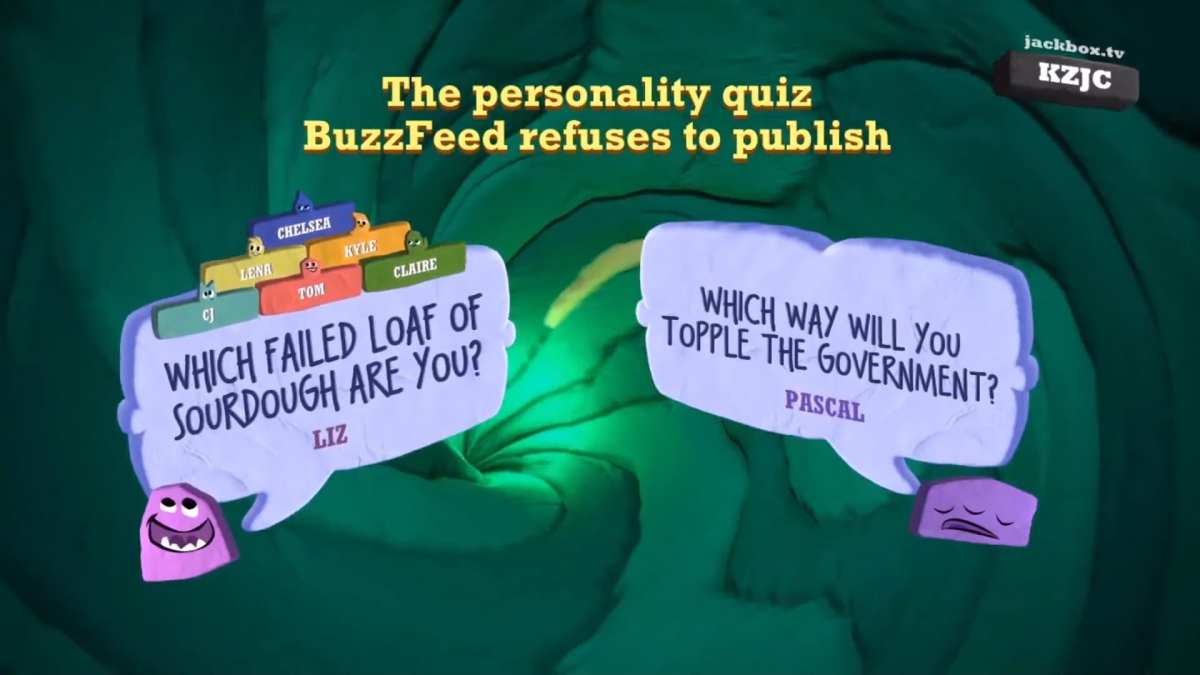 Jackbox Games released an official trailer for its upcoming The Jackbox Party Pack 7 showing off the five party games included in the latest entry.

Like previous packs, The Jackbox Party Pack 7 contains five party games that uses a smartphone, laptop, or tablet as a controller for up to eight players alongside an audience of up to 10,000 that can play and vote with the game.

The game comes with one returning favorite and four new games: