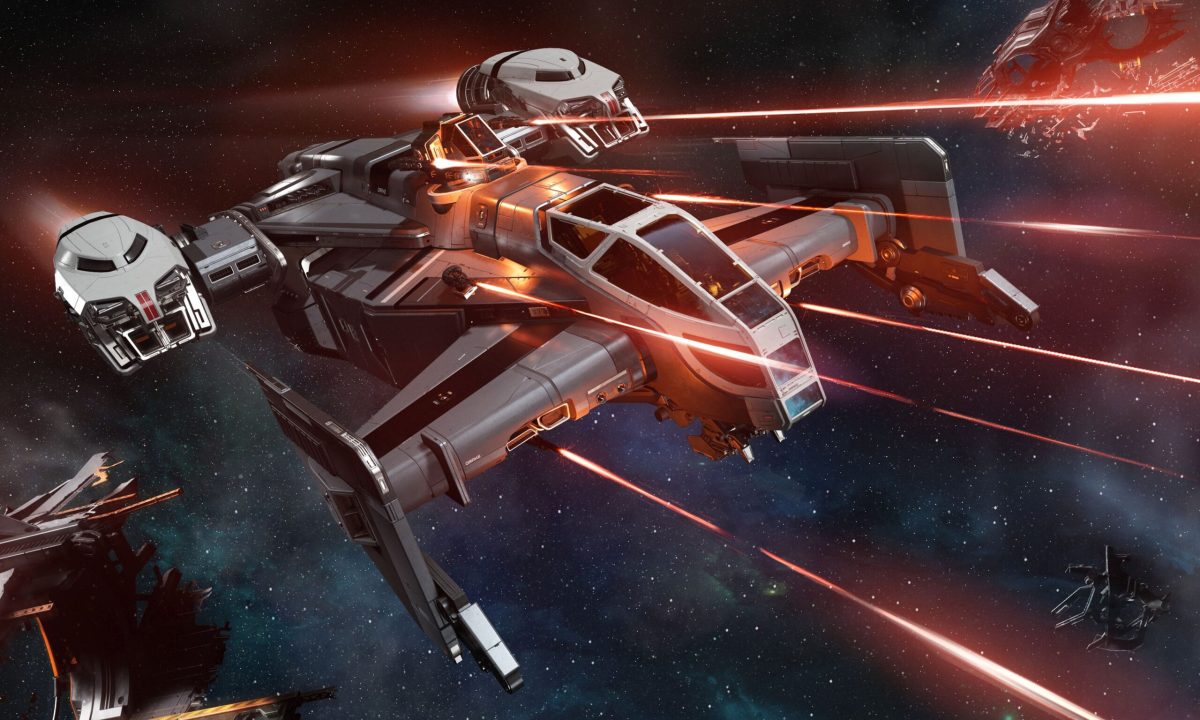 Roberts’ extensive post explains why development is taking more than expected and that he is not willing to compromise the game’s potential despite that.

He also shares interesting data, including the fact that over 30,000 unique players play the alpha on average days, while peaks of 100,000 have been hit during events. Star Citizen is also on track to hit one million unique players this year, which certainly is quite the achievement for a title in alpha.

Below you can read the full statement:

“I shared information on where we are, and why you don’t see something you thought you should. Part of my motivation for answering is that I commonly see people assume things that aren’t true like the room system not being in the game because one aspect of the system doesn’t have the behavior that they think it should. I wanted to give you extra context and information so you (and others in this thread) had a better understanding of what is in, what isn’t and why it isn’t and what is left to do.

If you want to encourage me or other developers to answer questions then it helps to not turn around and question people’s professionalism or make sweeping statements. If someone did that to you in your job I am sure it would be irritating. I have a thicker skin than most of the developers at CIG, and realize that not everyone is speaking in their first language or realizes how they phrased things may not have been the best, but in general it is best to approach things with constructive criticism, leaving the ad hominems out. You wouldn’t be putting this much time into something if you didn’t care, so why put energy into posting something that a developer will dismiss because it feels like an attack? I can tell you that being considerate of someone and treating them with respect will get you much further than than being dismissive. The development team reads these forums and other places like reddit, and the community’s feedback really helps, but the feedback that gets actioned on, that gets passed around internally and is discussed is the constructive type, not the overly negative type. Just saying something sucks isn’t helpful. Explaining why it sucks for that user, and their ideas to potentially rectify it is helpful.

My biggest disappointment with modern internet discourse is that there’s a significant amount of cynicism, especially in forum or reddit debates, and a portion of people assume the worst. If a feature is missing, late or buggy it’s because the company or the developer lied and or / is incompetent as opposed to the fact that it just took longer and had more problems than the team thought it would when they originally set out to build it. Developers by their very nature are optimistic. You have to be to build things that haven’t ever been built before. Otherwise the sheer weight of what is needed to be done can crush you. But being optimistic or not foreseeing issues isn’t the same as lying or deliberately misleading people. Everyone at CIG is incredibly passionate about making Star Citizen the most immersive massively multiplayer first person universe sandbox, and everyone works very hard to deliver that. If we could deliver harder, faster, better we would. We get just as frustrated with the time things take. We practice bottom up task estimation where the team implementing the feature breaks it down and gives their estimates of how long it will take them. Management doesn’t dictate timelines, we just set priorities for the teams as there are always a lot more things to do at any one time than we have people to do them. We are constantly reviewing and trying to improve our AGILE development process and how we estimate sprints. As the code, feature and content base grows there is more maintenance and support needed for the existing features and content, which can eat into the time a team has for new feature development, meaning you always have the push and pull of current quality of life in a release versus delivering new features and content. The same push and pull exists in the community as there is a strong desire for polished bug free gameplay now but also new features and content, often from the very same people.

Things like Salvage haven’t been pushed back on a whim, but because in terms of priority we felt that it would premature to work on Salvage before the iCache and physical damage system is implemented in the game as this fundamentally changes how we manage state, handle damage and debris. So when presented with a priority call to make on resource allocation we deprioritized Salvage in order to build the infrastructure to really make it sing, as opposed to working on a system we will have to refactor when the iCache and new damage system came on line.

We have also decided we wanted to invest more time into the quality of life, performance and stability in Star Citizen as it is actively played every day by tens of thousands of people; on normal days we have an average of over 30,000 different people playing and at the peak during events this year we’ve hit 100,000 unique accounts playing in one day which is pretty impressive for a game in an early Alpha state. We are on track to have over one million unique players this year. Star Citizen already has the main gameloops of a space sim; cargo hauling, commodity trading, mercenary, pirate, bounty hunting and mining. Just spending time refining and finishing out these would make Star Citizen with all it’s detail and fidelity more engrossing than any “finished” space sim you can play today.

We’ve shown a preview of the new roadmap format that we are working on. Part of the motivation for changing how we share the tasks we are working on and their progress is so the community can get better visibility into the hard choices that we face everyday on the project and see what exactly every team is working on as opposed to just the few tasks we feel comfortable sharing because we think have a high probability to make that quarter. When we make a priority call and move up or add a task there is always something that needs to be pushed back. The new format which tracks our 58 feature and content teams that work on Star Citizen and Squadron 42, will be able to show what each team is working on and if a new initiative like improving the cargo hauling experience gets added you’ll see the tasks that get pushed back on the teams that will work on this new initiative. As a point of data these teams can be anywhere from 4 people to over 20 people and of the 58 teams only 11 are exclusively dedicated to Squadron 42 and 12 for Star Citizen and the rest are shared (things like graphics, engine, actor, vehicle, AI, VFX, sound and so on), although a lot of the priorities for things like actor, vehicle and AI are driven by what Squadron needs.

Switching the roadmap format was something that I made a priority for us at the start of the year when it was clear that the current roadmap format wasn’t helping, especially as the teams really didn’t want to commit until absolutely definitely their feature would make it, which you’ll normally only know about six weeks before release, due to the vitriol they would see when a task was pushed back, despite our best efforts to get everyone that looks at the current Road Map to read and acknowledge the caveats which explicitly say some of the tasks are likely to slip. Getting tired of this I felt it would be best for the community to see the same view I and the rest of the senior development management see on Star Citizen and Squadron 42. This won’t stop people from disagreeing with our priority calls or how long something takes, but at least it will share the overall picture and people can see exactly what everyone is working on at any moment and how long it is projected to take. They will be able to see it change when it does for us and hopefully appreciate how many people are working really hard to make Star Citizen a game like no other. One of the reasons the new Road Map is taking time because we’re building a system that visualizes all this as a top level directly from our JIRA database. We plan to use a more verbose version of the public roadmap for our internal sprint scheduling, so the data you see will be a sanitized version of what we see (we won’t share individual developer names and assignments publically for obvious reasons but internally we will see this).

I sense from your reply to me that it’s the time taken and priorities that you’re frustrated with, as you feel like we’re focusing on the wrong things. I can see that point of view, but you’re looking at it from the outside without the full knowledge of exactly what it will take, and the order it needs to be done in to deliver the gameplay that will set Star Citizen above everything else. This is the game I’ve dreamed of my whole life. Now I am in a position to realize it, I am not willing to compromise it’s potential because it is taking longer than I originally envisioned. What I will commit to, and what is an internal priority is to improve the current gameplay and quality of life as we go, as Star Citizen is already fun in many ways, even if more buggy and not as stable as I would like, and just finishing off and polishing the basics will make it play as well or better than most other games.

I can promise you the gameplay I described is not a pipe dream, nor will it take 10 to 20 years to deliver. I described systems we either have working, or are working on; we’ve even shown early versions of some of this like fire on Inside Star Citizen. I can’t promise you exactly what quarter it will come together but once the new Road Map web work is done you’ll be able to see the teams progress to achieving what I describe in real time.

Thank you for your support and passion over the years. I hope this extra insight was helpful.”

Star Citizen is currently in development for PC. A “Free Fly” event is currently ongoing, so if you want to see the current state of the game with your own eyes, you can.