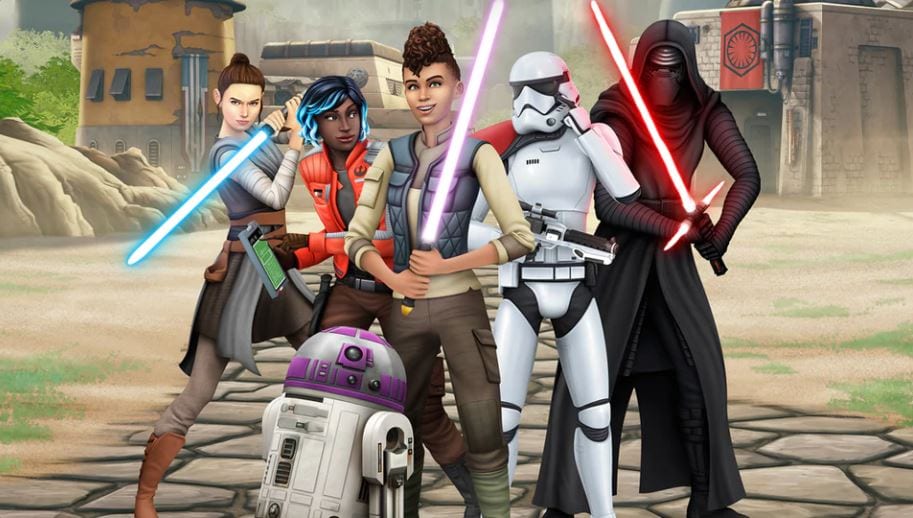 A long time ago, in a galaxy far, far away, your Sims had a dream about starting their own Star Wars adventure. With the new upcoming game pack, Journey to Batuu, they finally can! On September 8, the new Star Wars expansion for The Sims 4 will be released. That’s just a week away, and today a brand-new gameplay trailer was released. It showcases some of the features Simmers will see with the new pack, such as the ability to have your very own droid.

Check out the new gameplay trailer and some of its highlights below.

The trailer seems to bring up a lot of RPG elements such as missions and companions. Perhaps The Sims 4 will feel like a combination of a life simulator and a role-playing game? It also seems as though your Sims will be able to rank up or progress while completing the Journey to Batuu storyline, giving Simmers a nice break from simply building, creating, and storyelling themselves.

What’s this about The Droid Depot? Your Sim gets their very own, completely customized droid– something we never thought we’d report. The droid accompanying your Sim will act as any good RPG companion does, assisting them on their questing by distracting and eliminating obstacles. New clothing options and hairstyles were also shown in the trailer (something we can never get enough of). You will also be able to arm your Sim with a lightsaber, because why not.

Simmers that love Star Wars, get excited! The pack will be available in just a week, on September 8. While you wait to dive into Batuu and all its adventures, check out the original reveal trailer here and some cool Sacrificial Mods to spice up your game here.