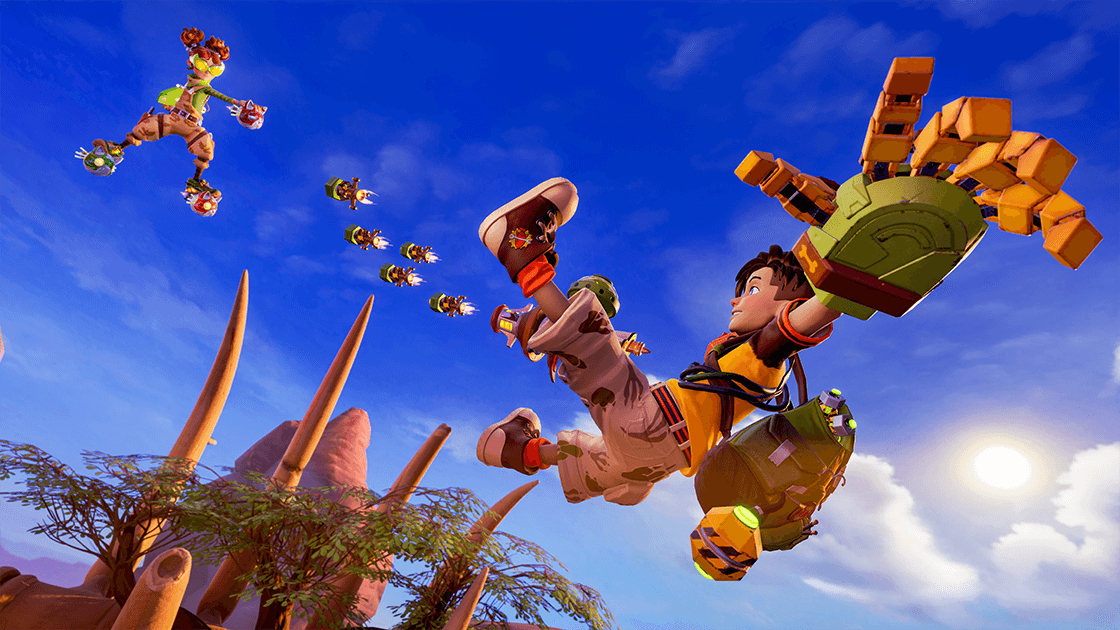 The event adds new map Kayo Kanyon, “an abandoned whistle stop in the Wilds” that contains a derailed train, tar pits, and a working generator.

The free update also adds three new game modes: Duel, MegaMuzzle, and Splat. Duel is a one-versus-one round-based mode with first to score five knockouts, while MegaMuzzle is three-versus-three with everyone playing as the sniper character Boone. Splat is similar to the regular Knockout mode, but with increased damage and faster respawns.

The event is currently in progress and will run until Tuesday, Sept. 22. Players can receive up to seven free cosmetic items by logging in every two days during the event, and receive the Stompy’s Skull Totem Symbol by logging in any day during that time.

Players can also receive five more in-game items by watching Rocket Arena streams on Twitch through Twitch Drops during the event, so long as a player’s EA and Twitch accounts are linked.

According to a press release, the standard Origin PC edition of Rocket Arena will be free to claim through Amazon Prime beginning today until Oct. 10. The game was severely discounted to $5 two weeks after its July launch, and its price has been permanently slashed to $4.99 since then across Steam, Origin, Microsoft Store, and PlayStation Store.