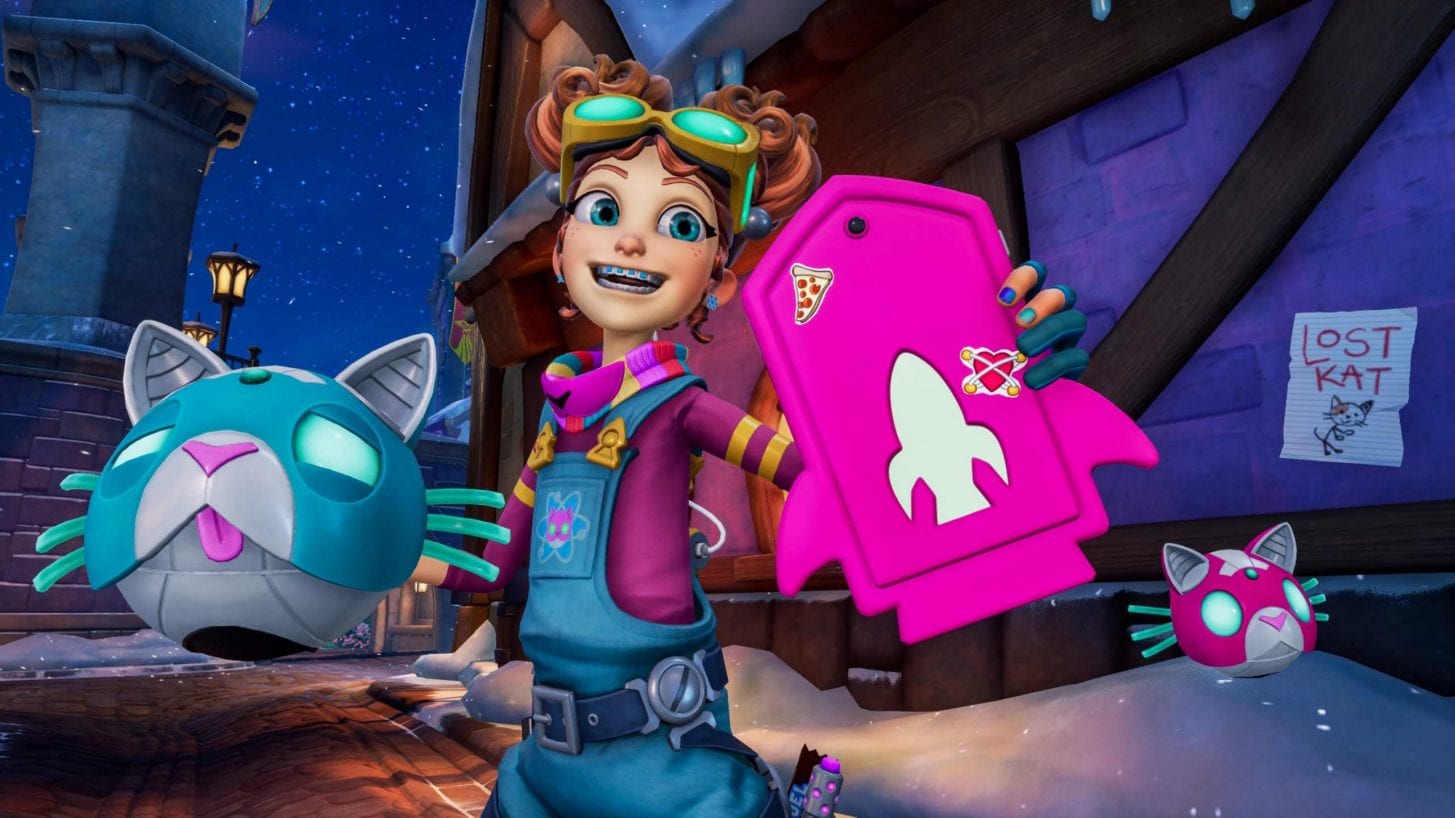 Season 1 will introduce the new hero Flux, a “science prodigy and cat lover” who uses alternative dimensions to hide from opponents with guided missiles that can also bounce. She will be free for players alongside two new maps: Grand Harbor and Lagoon of Doom.

The Ranked mode for Season 1 begins with 50 ranks earned by winning games, though losing often can decrease a player’s rank. A quit penalty for players who leave games will be implemented with Season 1.

The game will have a battle pass called the Blast Pass, which offers more than 100 cosmetic and other rewards for 950 Rocket Fuel, the game’s premium currency. A limited-time mode, Blast in Paradise, was also teased.

Rocket Arena launched two weeks ago on July 14 for $29.99 and is now being discounted for as low as $5 through Aug. 7. PC players can grab the standard edition for that price through Origin, while the Mythic edition is $9.99. It is also available through EA’s Origin Access Premier subscription service, and Steam but is currently not on sale there.

Xbox One and PlayStation 4 players can get the physical version of the Mythic edition for $9.99 through Target and Best Buy.