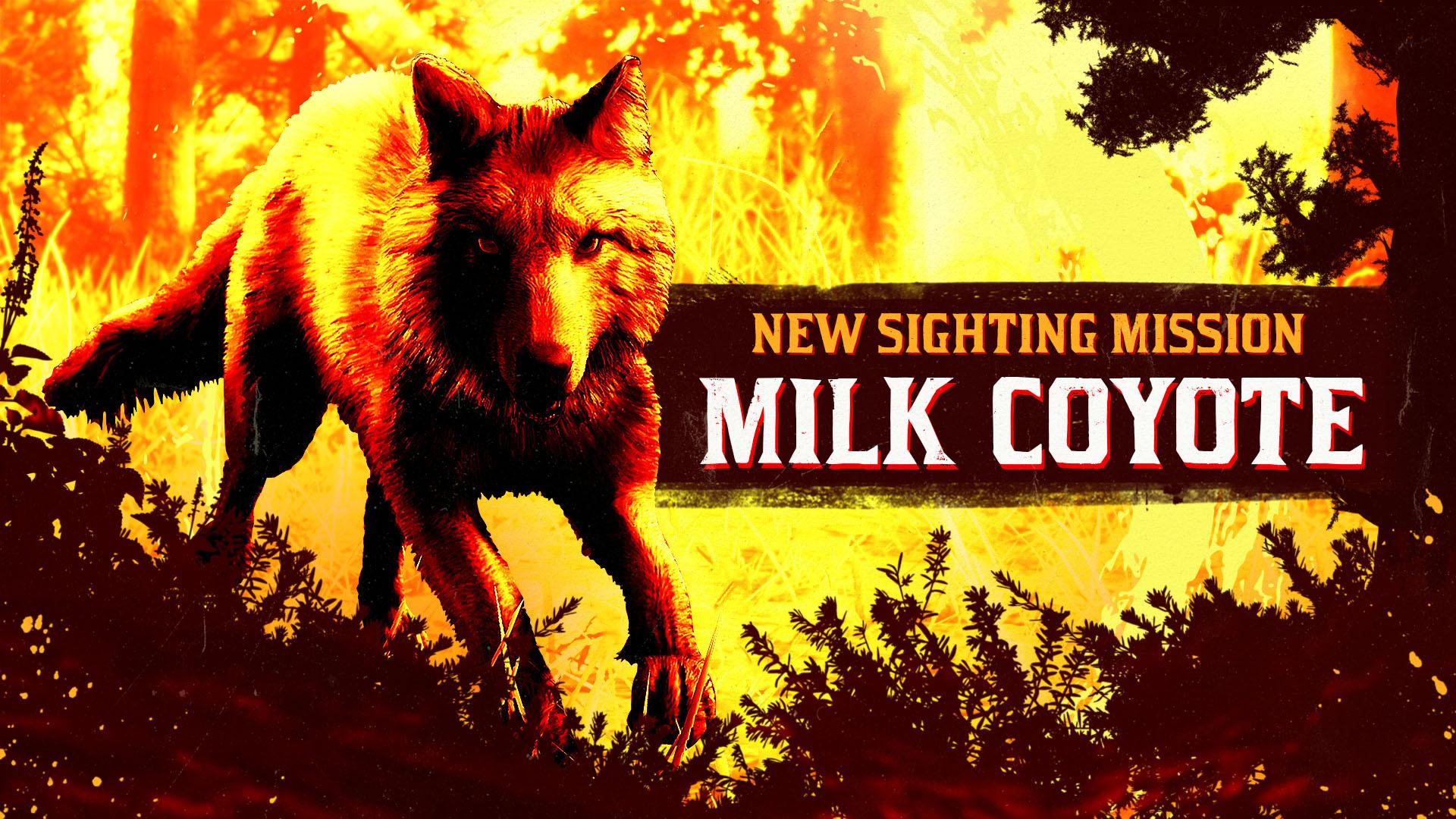 Red Dead Online has a new Legendary animal for players to track down, and it’s a beauty to behold thanks to its unique pelt color.

In a post to the official Rockstar website made on Sept. 1, the company detailed a newly added target for hunters and naturalists: The Milk Coyote, a legendary variant of the scavenging canines found throughout the west.

Boasting a stark white coat and pale eyes, the beast is said to be scavenging local livestock around the Blackwater area. Players will want to speak to Harriet at her shop to trigger the mission and try to snap a picture of the rare creature before it moves onto new prospects.

Red Dead Online players who wish to hunt it, meanwhile, are free to do so, and can nab some rare gear by taking the successfully bagged animal’s pelt to Gus Macmillan’s Trapper Store. The only catch will be that it nests alongside several other Coyotes, and they won’t take kindly to their den leader being assaulted.

The announcement was paired with a brief video showing the Milk Coyote in action, which can be found down below.

Aside from the Milk Coyote, Red Dead Online will also have several other bonuses up for grabs for its many players. These include double XP, Gold and Cash bonuses from the Hardcore Shootout Series, new items added to the Wheeler, Rawson and Co. Catalogue and a free shirt available for lower level players who log on at anytime in the next week.

Info on all of these bonuses can be found in the official post here.

Red Dead Online is currently available on PlayStation 4, Xbox One and PC. For more on the game, check out our coverage of the recently added Naturalist Role and what it entails for those looking to track down the rarer sights within the title’s world.