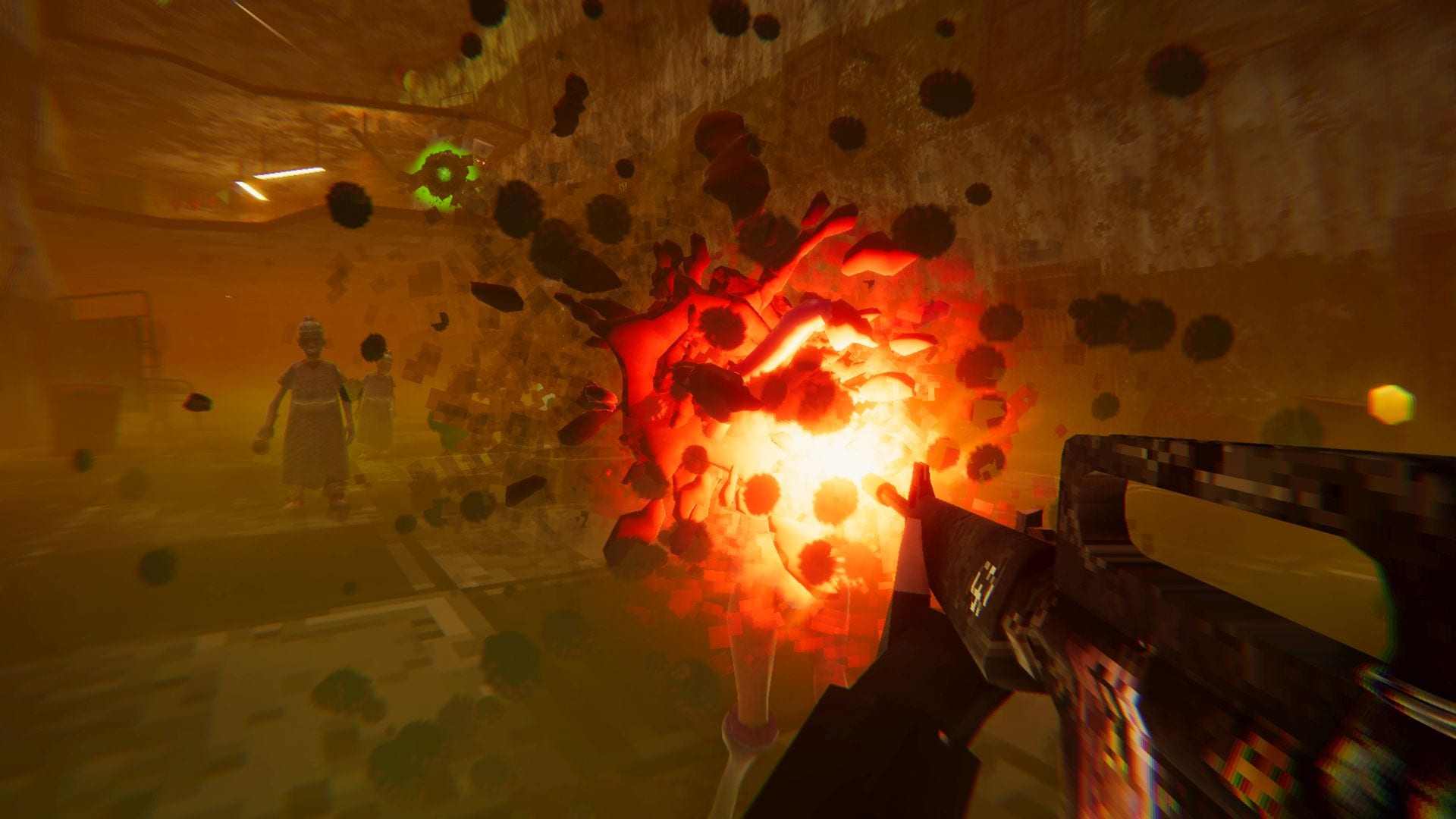 The game is a retro-styled FPS spin-off of the Postal series and will release for PC and unannounced consoles next year.

You can check out the announcement trailer and another funny video below.

If you’re interested in Postal: Brain Damaged, below you can read an official description.

Shoot through stages of escalating insanity, beating back the nightmares with bullets and urine. Strafe, dash, slide, and bunny hop through massive retro-styled stages, including a grungy asylum, comic convention, Area 69, and more. Each of The POSTAL Dude’s twisted fantasies offers new challenges and a characteristic flow — from corridor shooting through secret passages to blowing up large, open spaces with perfect twitch reflexes — but the hardcore spirit of badass ‘90s shooters bleeds from every orifice.

With a heaping arsenal of nostalgic, bombastic weaponry, POSTAL: Brain Damaged delivers a pure boomer shooter experience. Eviscerate enemies with the double-barreled shotgun, remove flat-earther heads from afar with the devastating railgun, and attach the cat silencer to blast aliens and military zombies with feline style.

POSTAL: Brain Damaged boasts the series’ beloved over-the-top parody and satire of pop culture, politics, and modern society. Escape from reality and unwind while beating back hippies, fleeing from flying fluids, and wiping out enemies to your heart’s content while pixelated blood spurts forth and a thrashing old school soundtrack thumps with every gun blast.”

Running With Scissors founder Vince Desi accompanied the press release with a comment.

“They just don’t make badass shooters like they used to. Brain Damaged takes the torch from all the pretenders while excreting everything fans want to see from the series that once birthed “The Worst Game Ever™”. The Dude is back and dirtier than ever!”