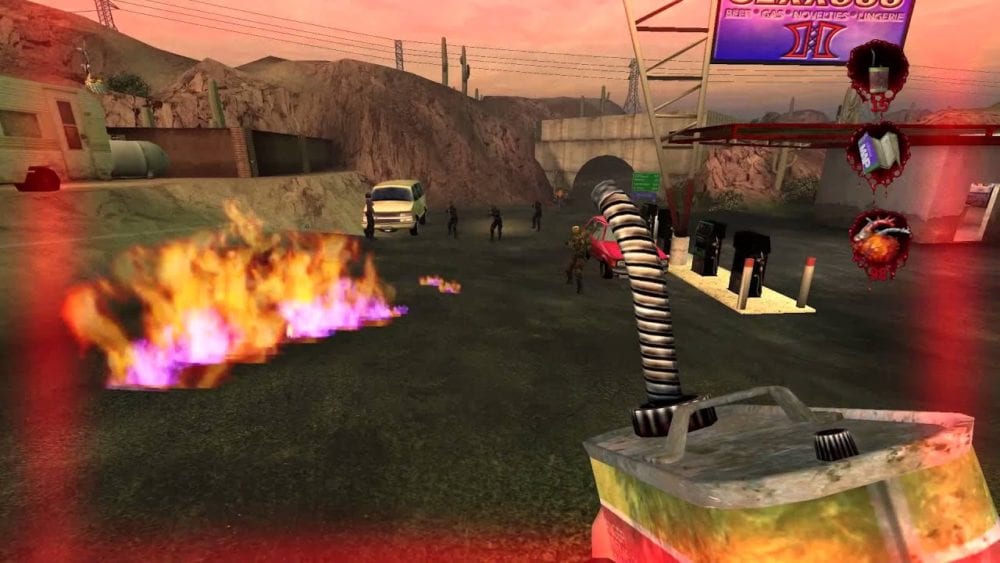 Last week, CDProjekt kicked off the season of giving early with free copies of Wasteland 2 (and Wasteland 1). The company is starting the week before the holidays off right with another free game, which is always a welcome gift. However, the game in question is a very mature and divisive title some might find offensive, so continue reading at your own peril.

For the next forty-eight hours, PC gamers can receive a free copy of Postal 2. As with Wasteland 2, the Postal 2 giveaway is only available through CDProjekt’s GOG site and launcher, and you need a GOG account.

Now, Postal 2 doesn’t have the same pedigree as Wasteland 2. Developed by Running with Scissors, Postal 2 is a sequel to the game Postal (obviously) and is about a man who goes, well, postal. However, the Postal franchise has gained quite the reputation in certain Internet circles, and depending on the people in that circle, it is either a good or bad reputation.

Each mission begins mundanely enough —e.g., get milk, collect a paycheck— but quickly goes off the rails. Players will have to contend with angry protesters, terrorists, and Gary Coleman. Yes, seriously.

The game is a sandbox shooter that gives players the freedom to go wherever and do whatever they want. Players can complete their in-game tasks without hurting anyone, but they can also light a marching band on fire and put out the flames by peeing on them. Again, seriously.

The best way to describe Postal 2’s humor is the lowest of lowbrow, but you probably gathered as much from its “urinate on command” ability. The game takes potshots at everything and everyone and is reminiscent of South Park’s humor. Depending on your sensibilities, you will find the game charming (and cathartic) or offensive.

While Postal 2 features the DLC pack Paradise Lost, the GOG giveaway doesn’t include the add-on. However, GOG is currently running a winter holiday sale, and the DLC is now $1.09. Paradise Lost is basically more of the same but with mutant cows, gun-wielding monkeys, and sentient robotic urinals. As before, I’m completely serious.

If you enjoy lowbrow humor and want to immerse yourself in a sandbox shooter that lets you blow off some steam, you might want to take advantage of the Postal 2 giveaway. Otherwise, you probably want to skip this title.