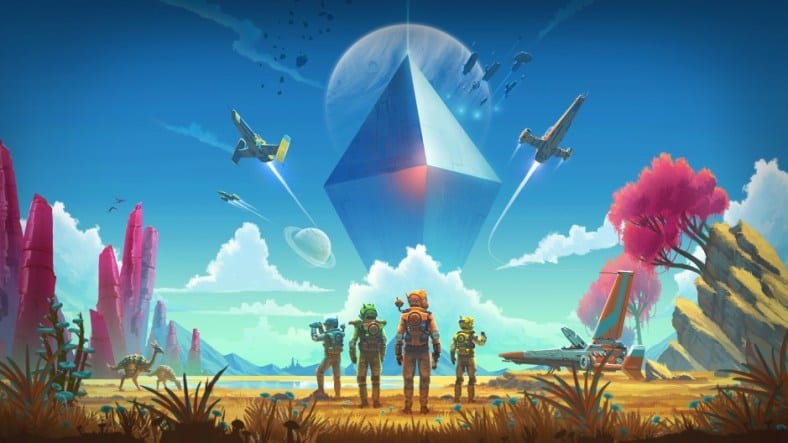 Hello Games is back with another No Man’s Sky update called Origins, and this one is by far the biggest of 2020. In fact, it’s so big that the developer is referring to it more as a total overhaul, introducing “stranger, richer and more varied universe, with deeper planetary diversity, dramatic new terrain, a host of new creatures, new weather conditions, colossal buildings, and much more.”

Since the list of changes and new content really is enormous, you can head over to the game’s official website to read the full list of patch notes. A new trailer for Origins was released in tandem with its launch today, which also teases some of what’s on offer.

Speaking in an interview with IGN, Hello Games’ founder Sean Murry explained the meaning behind the naming of the update:

“It’s taken us a while to figure out how best to do it and how to make it work. But we have this really nice problem, which is we have this universe that the community owns, right? They’ve built bases on it. They’ve built communities. They’ve gone off and had adventures, made discoveries.

And then, we come along and we say, ‘We want to make new planets, new worlds.’ We want to freshen all of this up, and so we were trying to find ways to do that without destroying what’s gone before. And so that’s been one of the ways that we’ve done it, is to just actually make the universe more dense, introduced new worlds, literal new worlds to go off and explore – and that’s the origin.”