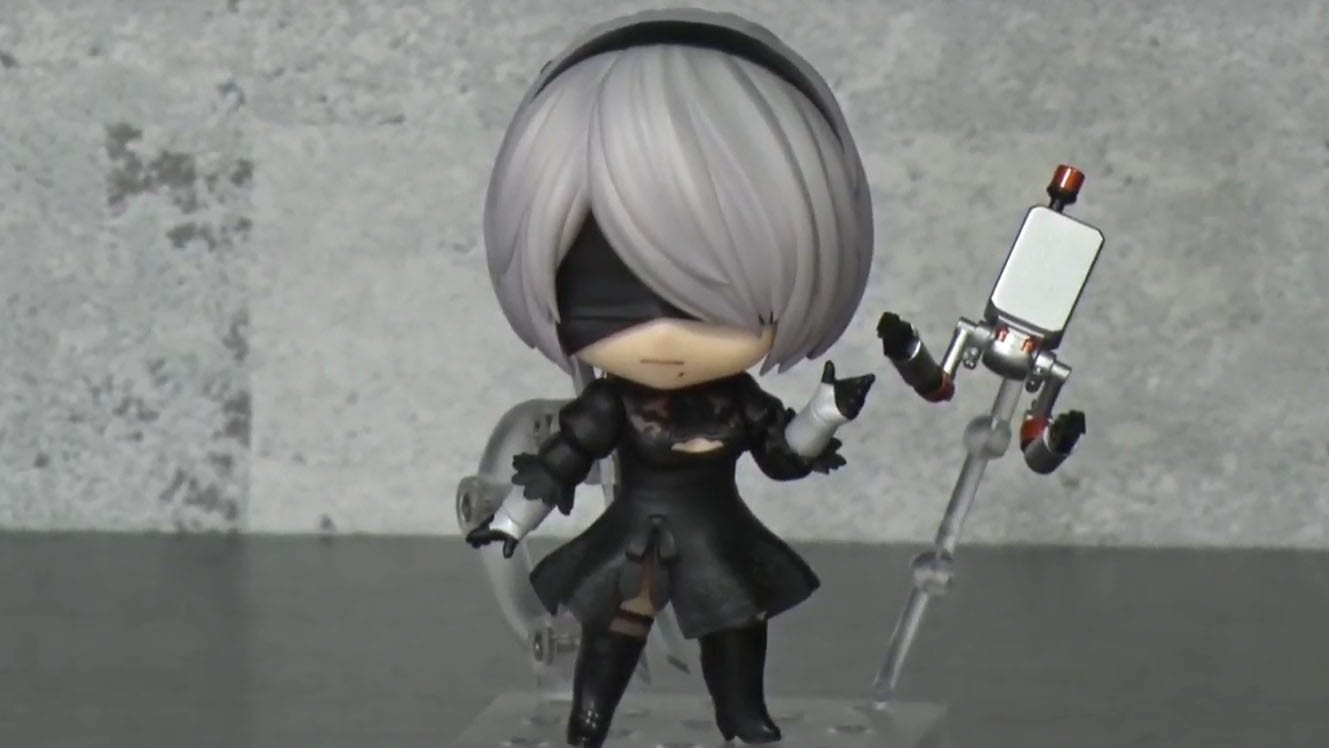 During its Tokyo Game Show 2020 Presentation, Square Enix showcased new figures coming to celebrate the success of NieR Automata and the 10th anniversary of the NieR series.

First of all, we get to see an absolutely adorable Nendoroid portraying beloved NieR Automata protagonist 2B.

We also get to take another look at the upcoming 2B Play Arts Kai action figure and Flight Unit Ho229 plastic model kit revealed a few days ago.

We even get a glimpse of the beautiful box art of the model kit designed by NieR Automata mecha concept artist Hisayoshi Kijima.

Lastly, Square Enix revealed a 10th Anniversary Lottery to celebrate the anniversary. The main prizes will be new figures of 2B and the Replicant version of Nier himself of which we see the prototype 3D models.

You can check them all out below. I challenge you not to be charmed by 2D’s adorable nendo.

Speaking of the NieR series, NieR Replicant ver.1.22474487139 just got a new trailer, a release date, and the first gameplay, while the mobile game NieR Re[in]carnation will be released in North America and Europe.