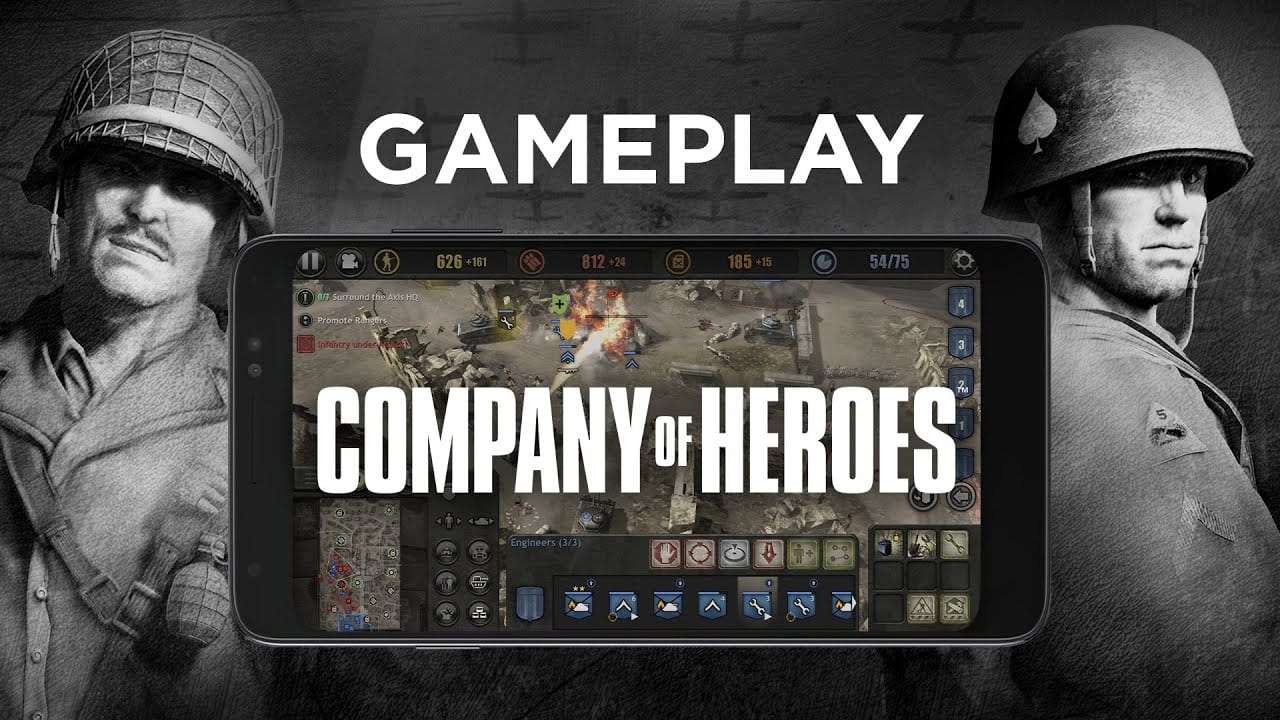 As reported last week, the classic RTS Company of Heroes is making its debut on mobile devices later this week. Today, a new gameplay overview sequence showcases some of the optimizations the development team has incorporated to make such a high-intensity squad-based strategy game playable with a touchscreen.

As you’ll hear, features such as the option to switch between either tap-assist or tap and hold modes offer players different ways to interact with the new button overlay UI. And tweaks like the transparent mini-map improve battlefield clarity on smaller screened devices.

The point capture system is also changed to an automatic system that sees troops take enemy territory without having to issue the order. Anything to reduce having to fiddle about unnecessarily sounds good to me.

Finally, it’s explained that hose who own the iPad version get the iPhone version free of charge, as well as look forward to an upcoming patch the brings all of the aforementioned upgrades free of charge. Cloud saving functionality also means that those playing across different Apple devices can continue their progress on iOS different platforms.

Company of Heroes is officially supported on all iPhones released since the iPhone 6S.

On Android, the game is officially supported on the following devices:

Company of Heroes is a premium game with no in-app purchases and will be available from the App Store and Google Play Store for a single purchase of $13.99 on Thursday, Sept. 10.