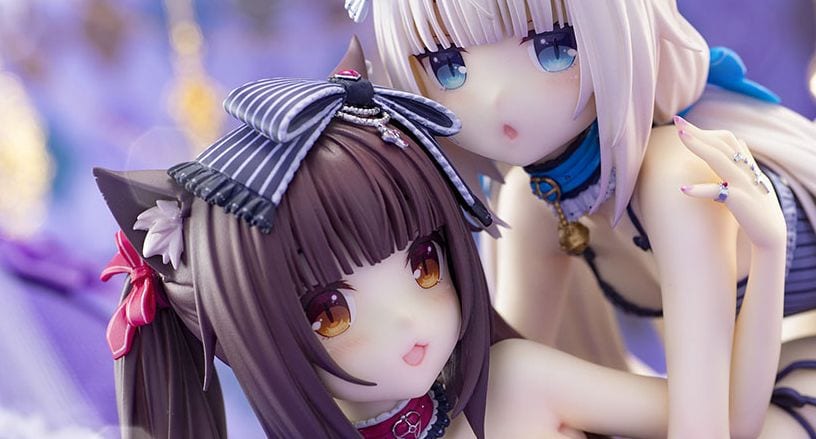 Japanese figure manufacturers really love the adorable visual novel series Nekopara as of late, with several figures of heroines Vanilla and Chocola having been recently revealed.

This time around it’s Flare’s turn to make two lovely figures of catgirl heroines Vanilla and Chocola available for pre-order, and there is also an option including both. They’re already up at Ami Ami and other retailers.

They’re sculpted by G.O. and the prototype was painted by Ganyon of  Cerberus Project TM. You have almost a whole year to save up, since they will release in August 2021.

They come with a special cloth base, and you can check out what they look like in the gallery below.

Speaking of Nekopara, the PC version of Volume 4 is coming soon, and you can check out the latest trailer. Console versions have not been announced just yet, but they’ll likely come down the line.