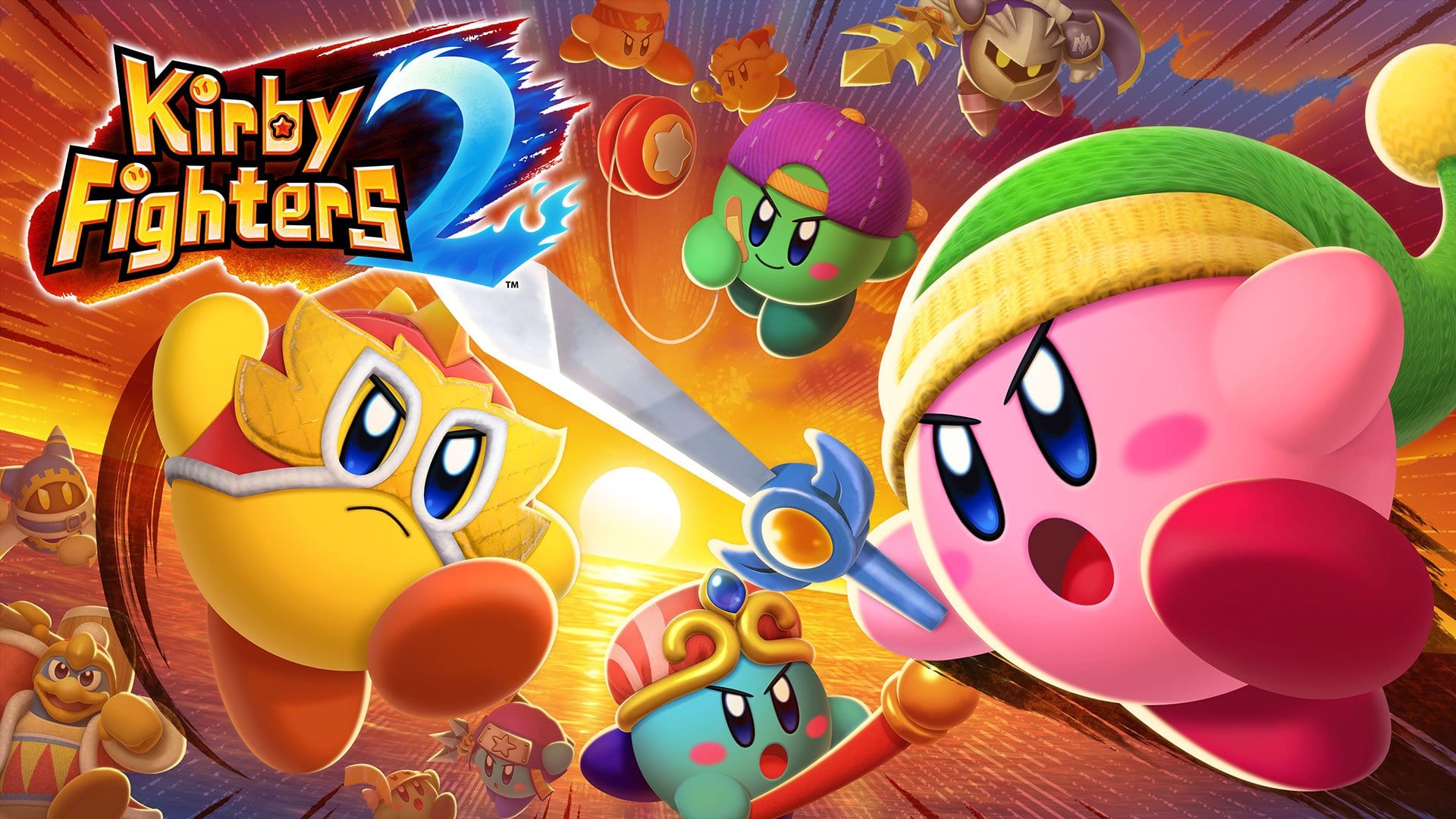 Nintendo has announced a new fighting game called Kirby Fighters 2, and it’s available to download on the Switch right now.

In Kirby Fighters 2, you can play as 22 different fighters and prove you are the strongest by knocking your opponents’ health bars down to zero. It’s a sequel to the game Kirby Fighters Deluxe, which was a 3DS game based on the battle mode in Kirby: Triple Deluxe.

Kirby’s copy abilities are an important part of winning in Kirby Fighters 2, and there are 17 abilities in total, including a brand new wrestler ability.

Other characters besides Kirby join the fight as well. You can also play as Bandana Waddle Dee, Gooey, Magolor, Meta Knight, King Dedede.

Up to four players can join on a single system, and multiplayer is available both online and locally.

There’s also a story mode in which you can team up with a buddy to take on King Dedede and Meta Knight at the top of a tower, battling opponents as you go.

In single-handed mode, you can fight nine battles single-handedly, with your opponent getting stronger each time. Winning these battles will earn you points that can be exchanged for items to customize Kirby with.

Finally, if you have save data from either Kirby Star Allies or Super Kirby Clash, you can redeem a rare hat for Kirby to use in Kirby Fighters 2.

Kirby Fighters 2 is available right now exclusively on the Nintendo Switch eShop for $19.99.

You can watch the official launch trailer below.