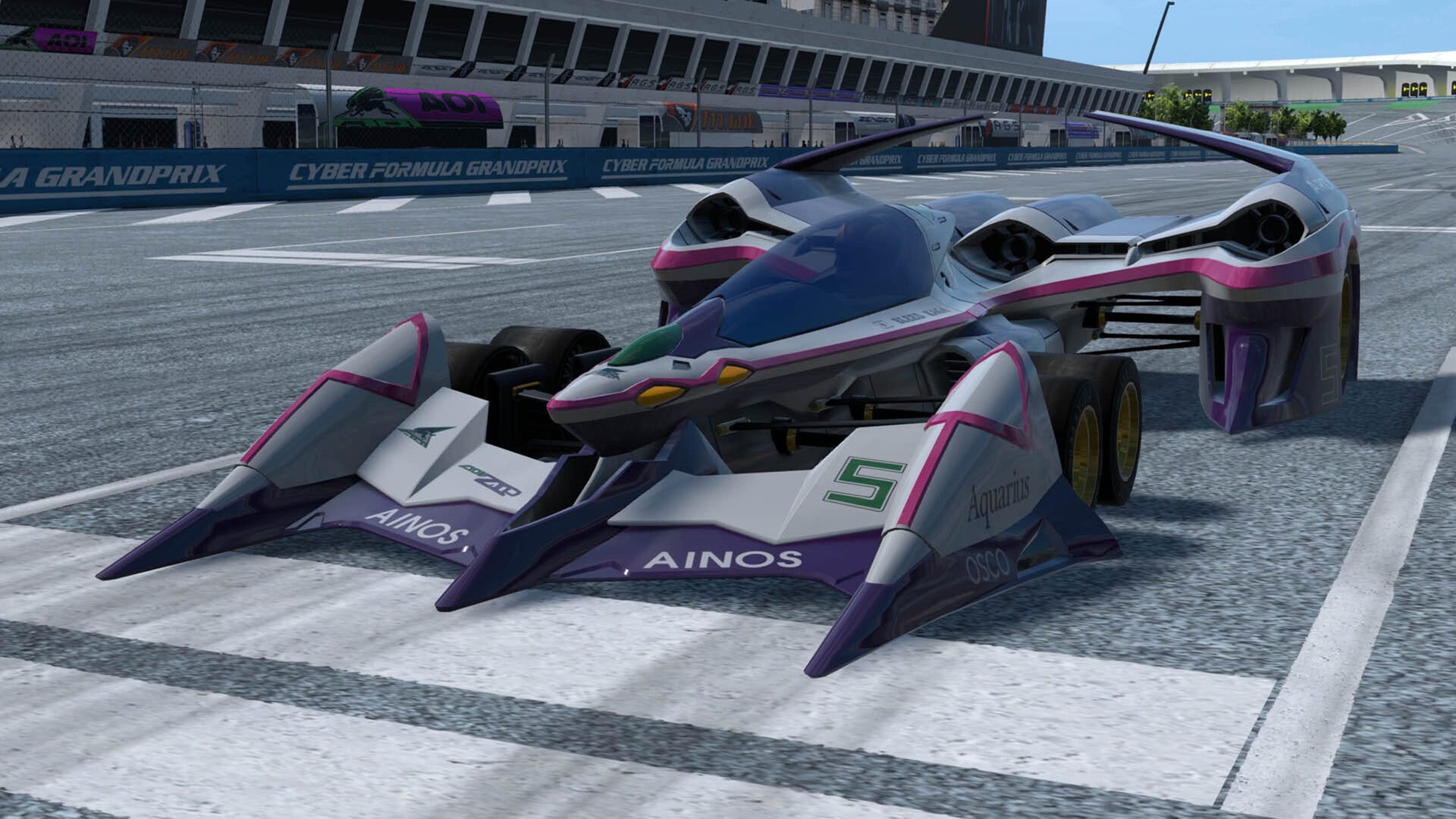 While the PS4 release has been made only on the Japanese PlayStation Store, the game’s text is almost entirely in English besides some flavor text, which means that it’s entirely accessible to the western audience.

The game is based on the 1998 OVA series Future GPX Cyber Formula SIN. If you’re not familiar with the term “doujin” game, basically it’s an unofficial title created by fans.

Yet, Project YNP has been creating games dedicated to the franchise since 2003, and while this isn’t officially endorsed by publisher Sunrise, it has at least been acknowledged rather officially with a mention on the franchise’s official site.

The premise is to race over a variety of circuits on futuristic transformable cars that can surpass 700 km/h. It even comes with a theme song titled “Brand New Rainbow” performed by popular anisong artist Hironobu Kageyama.

It supports both single-player and multiplayer online with up to 16 players. At the moment, it appears that the VR mode available on PC hasn’t made it over to the PS4.

For now, we don’t know if the PS4 version will be officially released in the west, but given the mostly-English text, you should be able to enjoy the Japanese version of the game with no issues.

Below you can find a few screenshots.