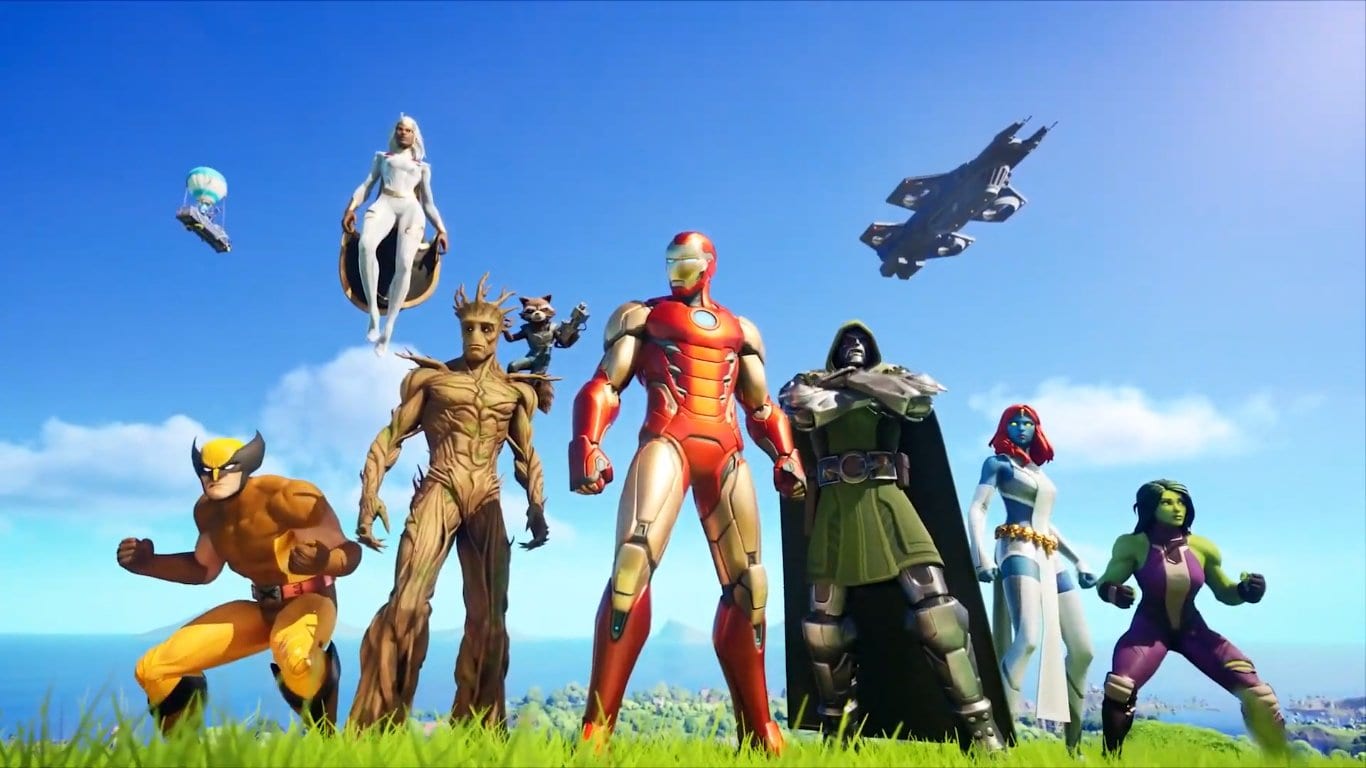 The Fortnite Chapter 2 Season 4 week 5 challenges have leaked ahead of their official release later today. Completing these weekly challenges will earn you huge chunks of XP. XP is used to level up your Battle Pass to unlock additional cosmetics. In this guide, we’ll run through each of the Fortnite week 5 challenges, so you know how to complete each and every one of them easily.

This one’s pretty straightforward. Make your way to Doom’s Domain where Pleasant Park used to be, in the north of the map. It’s a named location so should be easy to spot on your map.

You’ll need to search seven different chests, but these don’t have to all be done in the same match. As such, use Team Rumble and head here. You’ll have less competition and if you die you can always respawn and head right back here.

Another easy one, Dirty Docks can be found on the far east side of the map, just east of Stark Industries. Simply rack up three eliminations here and you’ll complete this Fortnite week 5 challenge easily. Always try and land on a chest or a weapon, in case other players land in close proximity to you, and always take shields (if you have them) before engaging in a fight.

For this one, you’ll want to land at the gas station just north of Slurpy Swamp and south of Weeping Woods. With a bit of luck, you’ll find a Whiplash truck parked right outside the gas station. If not, grab the truck from nearby and fill it up before you leave. You’ll need at least 45% gas to make it from Slurpy Swamp to Catty Corner.

Now you’re all fueled up, drive into Slurpy Swamp and begin making your way towards the road exit on its east side. Just before you leave, fuel up your car again. All you need to do now is follow the road leading east out of Slurpy Swamp and follow it as it winds south, through Misty Meadows and out the other side of it. As long as you follow the route marked on the map above, and don’t get ambushed by other players, you should easily reach Catty Corner within the four minutes.

We’ve seen floating rings challenges in Fortnite before, so you should know what to expect here. Coral Castle is found in the northwest corner of the map. Simply build or collect the floating rings dotted around the place to complete this challenge. Struggling to find the Coral Castle Floating Ring locations? Head on over to our handy guide here.

In a Vehicle, Jump Through the Flaming Ring at Salty Springs

There’s a giant flaming ring right at the heart of Salty Springs. Hop into one of the vehicles laying around this named location and ride up the ramp to jump through the flaming ring. Simple!

To make a Stark Robot dance in Fortnite, you’ll either need to head to one of the Quinjet Landing Sites or the Stark Industries named location. Here, shoot one of the robots until they’re downed, but don’t eliminate it.

Instead, walk over to it and hack it by pressing and holding X on Xbox One, E on PC, Square on PS4 or Y on Switch. Once the Stark Robot gets back to its feet, emote and it’ll emote with you.

Gorgers are a new enemy type in Fortnite that randomly spawn across the map. You’ll know where they’ll spawn when you see a bright red beam shooting up into the sky. Head to this location and gun it down to complete the challenge.

Deal Damage to Opponents at The Authority

Another pretty self-explanatory challenge. All you need to do is head to the Authority and deal a total of 500 damage across multiple matches.

Just like the prior challenge, you simply need to deal 500 damage to opponents however you see fit at Stark Industries. This doesn’t all have to be accumulated in a single match, so it shouldn’t be too tricky.

That’s all you need to know about the Fortnite week 5 challenges. For more tips, tricks, and guides, head on over to our wiki, search for Twinfinite, or check out more of our coverage below.