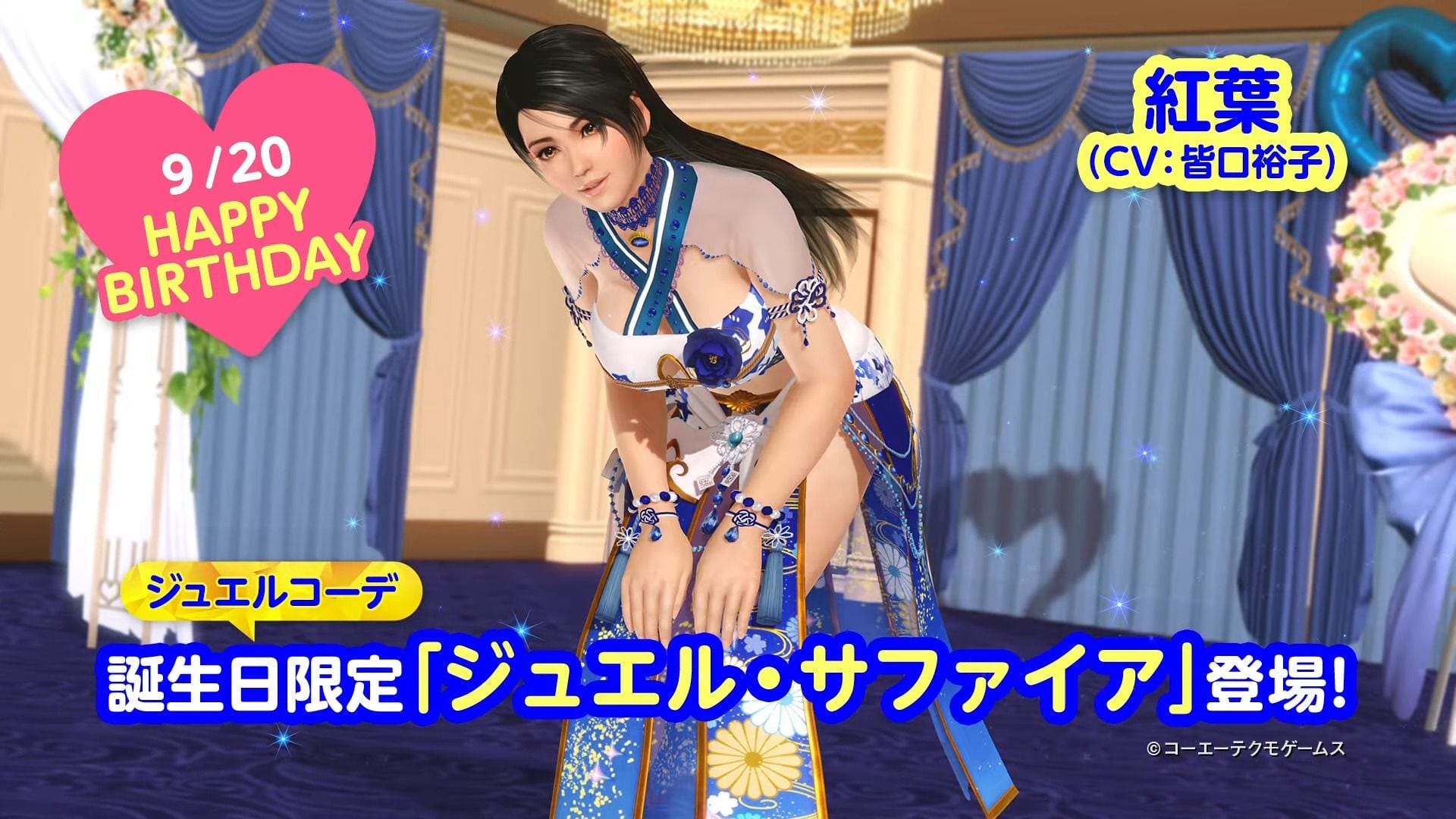 It’s September 20 in Japan at the moment of this writing, which means that it’s the birthday of Momiji from Dead or Alive.

Of course, the free to play PC game Dead or Alive Xtreme: Venus Vacation is “celebrating” in the usual way. If you’re familiar with the game, you know the drill.

The developer released a new paid-only costume gacha with the usual abysmal SSR chance that pretty much turns this into a money sink.

There is a 1.1% chance to draw an SSR, but the odds to get the new one are even lower since they threw in random older costumes. You need to hit a 0.78% and that’s certainly not easy.

Since only one gacha wasn’t enough, they also restored the one from last year, so you get two ways to sink money into the game instead of one.

Actually. I lied. You have four because Kanna’s “special day” celebration is still active. Isn’t that just amazing?

Incidentally, only the older gacha is included in the Steam version in English, which is behind in content by approximately a year.