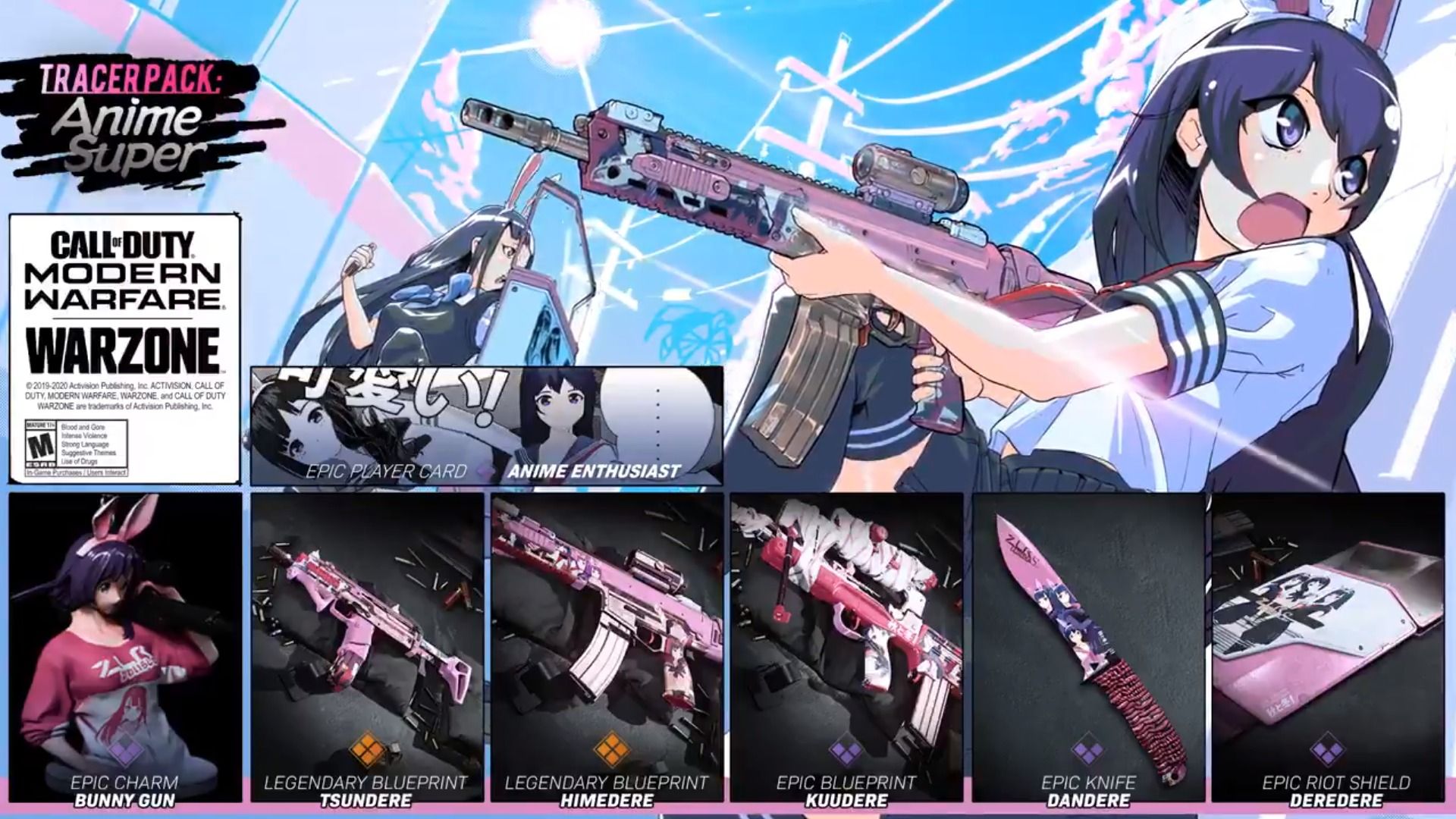 It’s titled “Anime Super” and it does exactly what it says on the tin, providing the most stereotypical, glaring, and pink anime style for your weapons.

I have a feeling some may take issue at this being actually representative of “anime” but it is what it is, and this is probably the extent you can expect from Call of Duty.

Call of Duty: Modern Warfare is currently available for PS4, Xbox One, and PC. Call of Duty Warzone is a free to play battle royale spin-off that is also available on the same platforms.