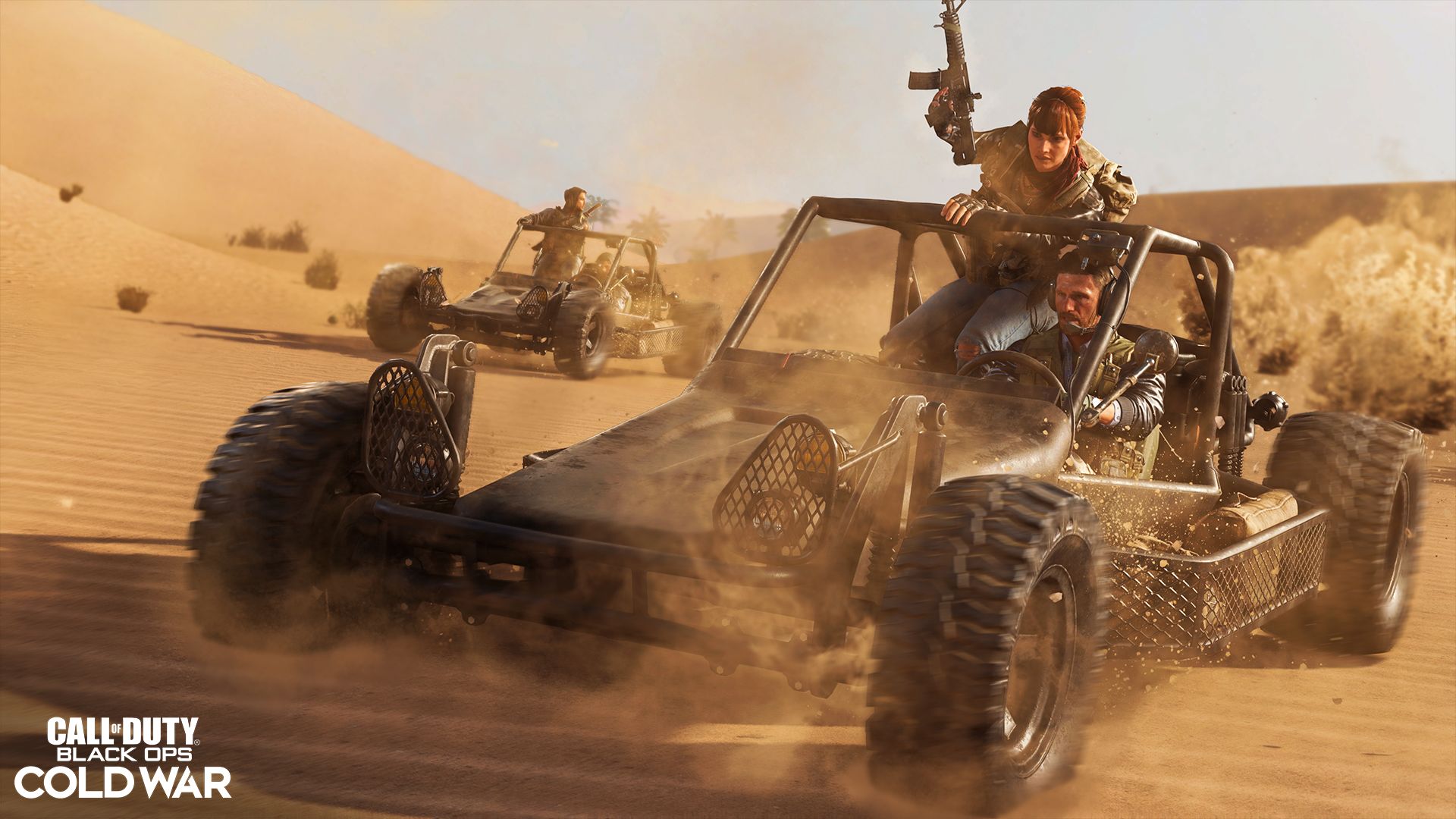 The multiplayer is named Deniable Operation and comes with plenty of returning modes, including Team Deathmatch, Domination, Search & Destroy, Control, Domination, and Hardpoint.

There also are new modes in Call of Duty: Black Ops Cold War, including VIP Escort, Combined Arms, and Fireteam.

Below you can read a description of each from the PlayStation Blog.

In this new 6v6 objective core game mode, teams either protect or subdue a randomly selected player who becomes a VIP. This Very Important Player only gets a kitted-out pistol, a smoke grenade, a UAV for team intel, and the satisfaction of having up to five other squadmates defend them.

These protectors must escort the VIP to an extraction point as they fend off the attacking team, whose goal is to neutralize the VIP before they escape. A non-VIP who dies during the round is out until the next one, but a downed player at zero health can defend themselves in Last Stand or be revived by a teammate to get back into the fight.

A 12v12 battle that combines infantry and vehicular gameplay, Combined Arms is a larger-scale mode where the action is tailored to the environment it takes place within.

Depending on the map, vehicles such as Tanks, Snowmobiles, Attack Helicopters or Wakerunners will amplify and advance the action alongside traditional gunfights, allowing for jaw-dropping moments right in the middle of an intense engagement.

At launch, expect to play multiple Combined Arms Maps across a handful of Combined Arms Modes, including Domination, which places multiple flags around a given map for teams to capture and defend.

Fireteam is a new 40-player category of Black Ops Multiplayer with up to 10 teams of four, where the action is centered around not just the operators in the field, but also the environment they battle in. The first available Fireteam game type is called Dirty Bomb.

We also get new info on traversal and movement mechanics.

New to Black Ops, Field Upgrades are in-game items that either help your squad or hinder your enemies, earned solely on time in-game with a cooldown that lasts after death.

Those looking to further tinker with their primary weapon, or some secondaries, can head to the Gunsmith. Each primary weapon can be customized with up to 54 attachments across eight different nodes, or attachment points, with at least six options per attach point. The benefits and drawbacks of each attachment are shown via exact percentage change, which allows operators to precisely understand the data behind how each weapon configuration will feel out in the field, along with further conversations between developer and community about weapon tuning.

Scorestreaks make a return with several significant changes. In this new system, earned score is kept through death, giving all players a chance at earning these visceral and fun tools that can turn the tide of battle.

However, these Scorestreaks, especially higher-end rewards, must still be earned through earning plenty of score via elite gameplay. Those who string together multiple kills before a death will earn streak score bonuses, which can aid significantly in earning the game’s most powerful Scorestreaks.

Scorestreaks also have cooldowns, preventing players from “spamming” Scorestreaks repeatedly, and some even exist to counter other Scorestreaks outside of traditional anti-Scorestreak measures.

Call of Duty: Black Ops Cold War will launch on November 13 for PC, PS4, and Xbox One, with PS5 and Xbox Series X versions also coming.

If you want to see more, you can also check out the previous trailer.